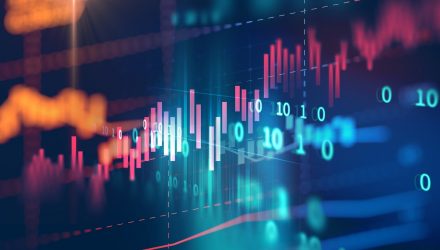 Earlier this month the Dow posted its first eight-day winning streak in over a year, with improving sentiment around U.S.-China trade relations. While there has been considerable vacillation since then based on investor concerns over economic uncertainty and the ongoing trade war, one factor keeping markets under all-time highs could be the perception of limited upside potential.

Since September 12, stocks have been grinding sideways. However, if they breakout rather than breakdown, the move to the upside could be powerful, technical analysts say.

The S&P 500 has made several attempts to crack the 3,028 level, its high from July 26, but it has backed off a number of times, creating a jagged seesaw pattern on August’s chart, according to technical analysts. On Monday, the S&P was slightly higher but continues to trade below the psychological 3,000 level.

“The intermediate and long term gauges that we track have relatively new buy signals. They are very widespread,” said Katie Stockton founder and chief technical strategist at Fairlead Strategies. “Even in Japan, we’re seeing signs of life from a momentum perspective. There’s potential for it to be broad-based, not limited to the U.S.”

There have been a number of factors to cause market stagnation. But overall, despite economic cycles, equities have continued to fluctuate about 1-2% off the all-time highs.

“There has been this disconnect between equities and the economic cycle,” said Ari Wald, technical strategist at Oppenheimer.

If the S&P 500 is able to sustain itself above the 3,000 psychological level, Wald sees the market rallying into the election.

“Even when you paint that picture on top of it, we think the market is positioned to rally into the 2020 U.S. election,” said Wald, adding he will reassess when the November 2020 presidential election gets closer. Wald said based on past performance, the stock market could gain 20% to 25%, and in the past, it has moved higher for 17 to 20 months before peaking.

“Our take is after a period of such little, poor market progress, we think returns should be better looking ahead. This looks a lot like the resets in 2011 and 2016,” he said, adding 2019 has been a base-building period after last December’s steep plunge.