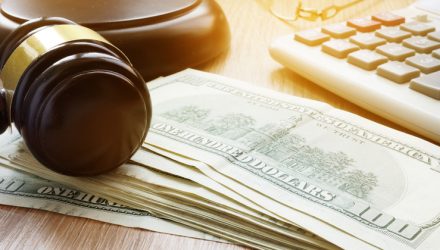 According to Bloomberg data, U.S.-listed bond ETFs brought in $25.4 billion in net inflows over June, breaking its previously monthly milestone set in October 2014 by 45% and bringing the annual net inflows for fixed-income ETFs to $73.5 billion, the Financial Times reports.

Investors shifted over to bond funds in an environment of heightened risks due to uncertainty over the health of the global economy. Many focused on the failed trade deal between the U.S. and China, along with the increasingly dovish stance among central banks around the world as many policy makers pointed to growth concerns ahead.

“Investors are looking to bonds to mitigate equity risk,” Matthew Bartolini, head of Americas research for SPDR, State Street Global Advisors’ ETF business, told the Financial Times. “Weak economic data presents a tangible risk to the market as we go into the summer, when there will be fewer traders in front of their trading screens.”

The Federal Reserve also changed its interest rate outlook, hinting at potential rate cuts ahead. Fed fund futures now priced in a 76% chance that rates will decline by 25 basis points later this month. The lower rate outlook has also helped support a rally in fixed-income assets.

“The economic environment has been driven by the Fed’s increasingly dovish stance — that is driving these inflows,” Stephen Laipply, head of the US fixed income strategy for iShares, BlackRock’s ETF business, told the Financial Times.

Bond ETFS may continue to attract investment money as more benefit from using the ETF investment vehicle. ETFs typically hold hundreds of bonds with the promise of greater liquidity, compared to trading individual debt securities in the primary market.

“We think fixed income ETFs will hit $2tn within five years as you continue to see institutional investors adopt these products to manage risk,” Laipply added.