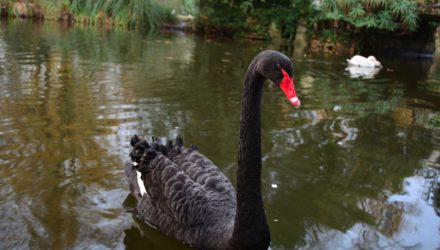 The world is more fragile today than it was in 2007. That’s the opinion of former derivatives trader Nassim Taleb, whose bestseller, The Black Swan, is about how people make sense of unexpected events, especially in financial markets. True to form, he made a whole lot of money after predicting the global financial crisis more than a decade ago.

Speaking with Bloomberg’s Erik Schatzker last week, Taleb said the reason why he has reservations about today’s economy is that it suffers from the “same disease” as before. The meltdown in 2007 was a “crisis of debt,” and if anything, the problem has only worsened.

Indeed, debt is on the rise. By the end of the first quarter, the total amount the world owes climbed to a record $247 trillion, according to the Institute of International Finance (IIF). That’s up almost $150 trillion over the past 15 years.

A lot of this debt, Taleb said, may have moved to different places since the financial crisis—it’s shifted from housing to governments and corporate balance sheets—but the debt “is still there.” Student loan debt in the U.S., for example, stands at about $1.5 trillion today, or nearly $33,000 per borrower. After mortgages, student debt is now the largest form of debt in the U.S.