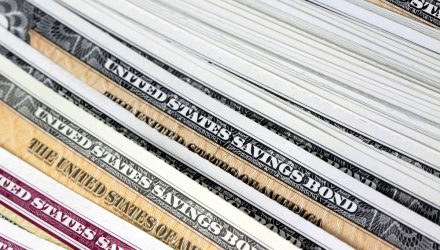 Stanley Druckenmiller is a pretty famous guy in most financial circles. He gained notoriety as a hedge fund manager for 30 years, and was even profiled in the book “New Market Wizards,” by Jack Schwager. The book describes how until 2000, Druckenmiller worked for George Soros. The duo famously bet against the British pound in 1992 and made massive profits. Druckenmiller shut down his $12 billion hedge fund Duquesne Capital Management in August 2010, returning funds to clients, and he now manages his money through a family office.

On Monday, the billionaire hedge fund manager with a long track record of beating the market said that he sold nearly all of his investments and started stockpiling Treasury Bills after President Donald Trump’s May tweet that escalated the U.S.-China trade dispute.

For 10 months, China has been paying Tariffs to the USA of 25% on 50 Billion Dollars of High Tech, and 10% on 200 Billion Dollars of other goods. These payments are partially responsible for our great economic results. The 10% will go up to 25% on Friday. 325 Billions Dollars….

“When the Trump tweet went out, I went from 93% invested to net flat and bought a bunch of Treasurys,” Druckenmiller said. “Not because I’m trying to make money, I just I don’t want to play in this environment.”

Druckenmiller, who was interviewed by Key Square Capital Management founder Scott Bessent at The Economic Club of New York, explained that he is uneasy that Trump’s aggressive trade policies may have damaged the U.S. economy and feels that the president will be beat by Democratic opponents in 2020.

Trump “wants to run on tariffs. He thinks they are a winning formula in the swing states and the belligerent, sort of verbose pressure he’s putting — and the braggadocio toward China — he’s giving Xi Jinping no off-ramp to make a deal, ” the hedge fund manager added.

Despite his new Treasury exposure, Druckenmiller said he did not have a strong conviction on the direction the financial markets will take from here.

“I actually own a lot of Treasury’s and when I bought them I wasn’t sure rates were going to go down, what I was sure was that they weren’t going to go up,” he said.