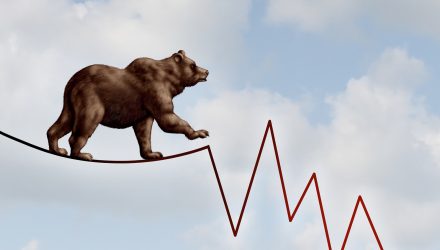 According to AXA investment Managers, “corporate bonds have fallen so hard they’re officially in a bear market,” says an article in Bloomberg, adding that it “may not be a bad thing.”

The article notes, “A string of corporate warnings and the worst returns in a decade may point to the end of the U.S. economic expansion—but AXA is eyeing a potential trough and buying opportunity in the ruins.”

Chris Iggo, chief investment officer for fixed income at AXA, is quoted: “The market is trading with more attractive valuations than for most of the post-crisis period,” adding that “for anyone that is relatively optimistic  that the U.S. will avoid a really nasty slowdown and that inflation will generally remain well behaved, then the time is getting closer to add bonds.”

The article states that Iggo’s calculations (based on recent data) show that debt prices have fallen so much that U.S. investment grade credit spreads would have to increase by 20 basis points for a long position to underperform government bonds. Given what the article describes as the “glorious chaos” now reflected in the markets, Iggo argues that “finding the trough is the hard part.”

“It could get worse before it gets better,” he asserts, ‘but even today the entry point for credit is better than it has been for some time, an important consideration for investors with new money to invest or those with allocations out of equity markets.”