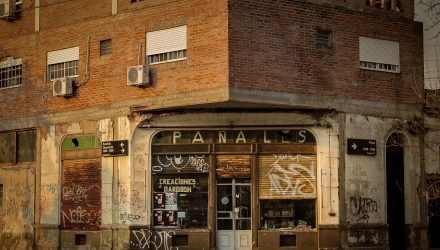 Related: 3 Tips to Guard Your Money Against Inflation

Turkey’s main stock market has fallen 4.7% last week, while its currency has declined 4.4%. Indonesia’s JSX Composite Index slumped 6.6% the week ending April 27—the most of any major index globally, according to FactSet—when foreigners fled the market.

“Just a few minutes ago I spoke with Director Christine Lagarde, and she confirmed we would start working on an agreement today,” Argentina’s President Mauricio Macri said in an address to the nation.

On May 4th, I calculated #Argentina's inflation rate at 51%. Now, after raising borrowing rates to 40%, Argentina still can't seem to curb their inflation problem. Dollarizing would lift the country out of the hole its digging itself into. https://t.co/8SQOjLG9U8

Argentina is in talks with the IMF for a $30 billion credit line as the nation's bonds, stocks & currency all plunge. Its 10-year debt is now yielding close to 8%, from 6.5% earlier this year as prices fall to 87 cents on the dollar. pic.twitter.com/a0DDADNP1J