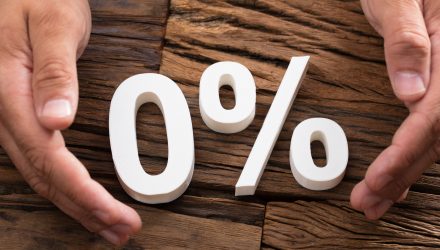 Are Zero Interest Rates Only One Bad Recession Away?

With the way Treasury yields have been falling the last few months, the bond markets were talking about how zero percent rates were within the realm of possibilities. Larry Summers, who served as former President Bill Clinton’s Treasury secretary and as an economic advisor for former President Barack Obama, says zero rates or even less are just one bad recession away.

Summers used the example of Japan’s “Lost Decade” in which interest rates were record lows while the country was in economic stagnation. According to a historical account by The Balance, “Japan’s lost decade was largely caused by speculation during a boom cycle. Record-low interest rates fueled stock market and real estate speculation that sent valuations soaring throughout the 1980s. Property and public company valuations more than tripled to the point where a three square meter area near the Imperial Palace was sold for $600,000.”

In Summer’s view, this could be what the U.S. is facing.

“I fear that’s what we’re headed into,” Summers said.

Investors looking for yield have been searching high and low the past few months, but with safe haven government debt barely at 2% for the benchmark 30-year note, more risk is necessary to get that added extra. With this in mind, investors may need to assume more risk via duration.

“Rather than taking on the risk of corporate default at a late stage of the economic expansion, investors may want to take on more interest-rate risk,” wrote Alexandra Scaggs in Barron’s. “In other words, they might want to bet that U.S. interest rates will fall by increasing the duration of their bond portfolio. That means buying safe bonds with longer maturities; duration isn’t the same thing as maturity length, but they are related.”

As more investors pile into safe haven government debt as a default risk-off maneuver, Treasury Secretary Steve Mnuchin said last month that a 50-year bond offering is under serious consideration. It’s something the Treasury department has been mulling for some time, but Mnuchin confirmed the idea could actually come into fruition.