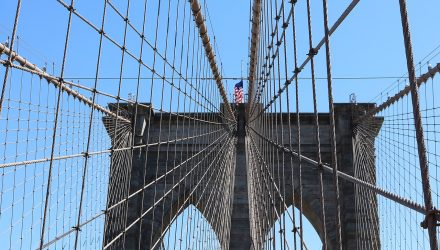 Are You Prepared for Rising Rates?

Interest rates continue their upward trend. In March, the US Federal Reserve (Fed) hiked the federal funds rate by 25 basis points to a target range of 1.5% to 1.75%, citing strength in the US labor market, a low unemployment rate and moderate economic growth.

This was the sixth such rate increase since December 2015, and isn’t likely to be the last. With inflation nearing the Fed’s annual 2% target, members of the Federal Open Market Committee (FOMC) — the Fed’s policy-making arm — anticipate at least two more 0.25% increases in the federal funds rate by year-end.

What’s in store for the yield curve?

Rising currency hedging costs. While nominal Treasury yields are currently high enough to attract foreign investors, the high cost they’d pay to hedge against a falling US dollar could easily dissolve the yield advantage of US Treasuries, which could keep foreign investors on the sidelines.

Related: Why Fixed Income is the Next Investing Frontier

Rising federal budget deficits. The federal budget deficit is expected to top $800 billion dollars in 2018 and could balloon to $1 trillion by 2020, according to the nonpartisan Congressional Budget Office.3 Higher deficits mean more public borrowing, and a higher supply of US Treasuries can lead to lower Treasury prices — which can drive up interest rates.

Inflation. Although inflation gauges have yet to signal danger, rising commodity prices, recent fiscal stimulus and a strong US economy have raised market participants’ expectations of future inflation. If inflation does move beyond the Fed’s current annual 2% target, the Fed may continue raising short term interest rates, and US Treasury debt buyers may require higher longer-term interest rates to compensate for the accelerating decline in the US dollar’s purchasing power.

What’s a fixed income investor to do about rising interest rates?

There are a number of ways fixed income investors can position their portfolios for rising interest rates — including floating rate senior bank loans, which feature coupons that adjust upward as rates rise, and defined maturity exchange-traded funds (ETFs), which hold bonds until their final maturity dates. Keep in mind that as interest rates rise, bonds tend to lose value. That means most fixed income funds provide limited options for a rising rate environment. That’s where defined maturity ETFs come in.

Traditional fixed income ETFs tend to provide a steady income stream, but don’t return principal to fund holders when the underlying bonds mature. Instead, traditional ETFs usually sell bonds well before their final maturity dates and reinvest those proceeds into other bonds.

By contrast, defined maturity ETFs invest in a variety of bonds that all mature within a defined window of time. At the end of that window, proceeds are returned to investors. This may allow investors to time the distribution of any fund proceeds with future cash flow needs, such as college tuition, retirement or mortgage balloon payments.