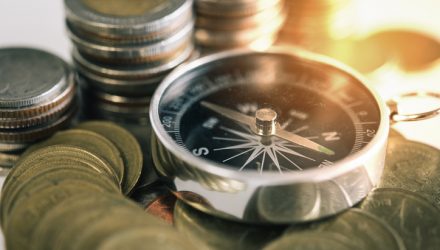 RAVI may be something for investors whom are looking for a little more yield than what’s provided by money market funds, but don’t want to move too far out of the short-duration end of the yield curve.

With the greater regulatory scrutiny, money market funds are now constrained in how far off they can go up the yield curve, with most now stuck to the very conservative, ultra-short-term.

Nevertheless, institutional and individual investors, financial advisors and corporate treasuries, among others, still expect to find ways to maintain their principle while generating some extra yield with their cash positions. Some have ventured further away from the ultra-conservative plays and looked to so-called short-term bond funds with an effective duration of about one-and-a-half years.

“There was a gap between three months to one-and-a-half years that was not being adequately addressed,” Carlson said.

As a way to help investors better target this ultra-short-term segment by enabling them to better preserve capital and still generate some attractive yield on the side, FlexShares has offered the actively managed FlexShares Ready Access Variable Income Fund since 2012. RAVI shows a current effective duration of 0.59 years and a 2.61% SEC yield.