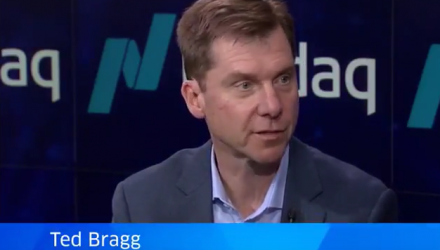 Last week, the Federal Reserve was hawkish with its announcement to raise the federal funds rate from 1.75 to 2, effectively marking the second rate hike for 2018 with the prospect of more to come.  Prior to the announcement, Head of U.S. Fixed Income at NASDAQ Ted Bragg was already confident about the rate hike given the consumer price index rose to 2.8 percent in May and a chance hitting 3 percent in June.

According to data provided by the Federal Reserve, “May U.S. consumer price inflation rose 0.2% MoM/2.8% YoY, which was in line with market consensus while core came in at 0.2%/2.2%, again, as expected.” With the recent numbers regarding inflation, the question remains if the economy is starting to overheat.

“All of a sudden, inflation is starting to pick up,” said Bragg.  “We had a payroll number that said, ‘Wow, employment’s the lowest it’s been ever.’ What is the message–we know they’re going to raise rates, but what is the message from the Chairman.”

Bragg also offered his thoughts on the future outlook of fixed income as it relates to NASDAQ and the current state of emerging markets given all the latest news regarding the meeting between U.S. President Donald Trump and North Korean leader Kim Jong-un.