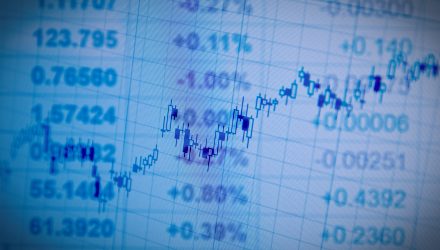 The benchmark 30-year Treasury yield hit a historic low, falling below 2 percent for the first time ever last week as investors continued to pile into safe haven government debt to escape the recent market volatility. This came after the Dow Jones Industrial Average just experienced its largest decline with an 800-point drop last Wednesday.

The idea of negative interest rates may have seem far-fetched from reality, but the new lows make that notion a real possibility.

“Rates are very low by recent standards, but it still makes sense to have some exposure in US Treasuries given the highly uncertain outlook. Moreover, USD rates remain attractive compared to developed market peers,” strategists at Singapore’s DBS Bank wrote in a Thursday note.

“Investors should also bear in mind that the bond market rally looks stretched. An overweight duration stance is vulnerable to any good news that has been sorely lacking in recent months,” the strategists said.

“The yield curve inverted which created a temporary ‘pile on’ effect in the bond markets,” wrote Tom Essaye of The Sevens Report. “We have absolutely not seen what we wanted to out of the Fed. We had hoped for a rally in the 10-year yield and a widening of the 10s-2s spread. The exact opposite has occurred, and at this point currency and bond markets are no longer flashing ‘caution’ signs on the U.S.-global economy and risk assets, they are flashing a ‘warning’ sign —loudly.”

The capital markets continue to keep a close watch on the inverted 2- and 10-year yield curve. Now, the 30-year note is gaining its own notoriety.

“The 30-year yield in itself is historic given that it is moving to massive lows but the curve inversion is typically the signal, one of the better signals you can get, that there is increased risk of recession,” said Bank of America technical strategist Stephen Suttmeier.

Fixed income provides a buffer against stock market volatility by being a safe haven asset, particularly when market drawdowns occur.

It doesn’t matter if it’s in the long or short end of the yield curve, with violent market movements like those investors have been experiencing lately, it’s a reminder that a move to bonds can benefit any portfolio, especially those that are lacking in the fixed income department.

Investors looking to gain broad-based exposure to bonds can look at funds like the ProShares S&P 500 Bond ETF (NYSEArca: SPXB). The fund seeks investment results that track the performance of the S&P 500®/MarketAxess Investment Grade Corporate Bond Index, which consists exclusively of investment grade bonds issued by companies in the S&P 500.