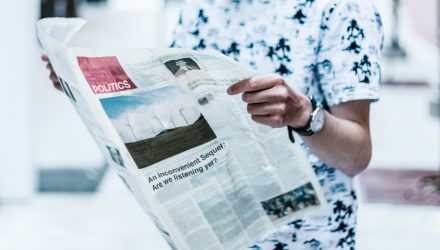 The last week has seen a flurry of geopolitical tensions — from US sanctions on Russia to missile strikes on Syria — that have affected more than just stocks and bonds. Three major political concerns are currently affecting the market. What are they? And where do we go from here?

First of all, there are growing problems in the Middle East. Yemen’s Iranian-backed Houthi rebels are conducting missile attacks against Saudi Arabia. While thus far the missiles have been intercepted, they appear to be targeting oil infrastructure in the country. This, in addition to rising tensions in Syria, caused an increase in oil prices of more than 7% last week.1

After markets closed in the US on Friday, the US, France and the UK launched a missile strike against specific targets in Syria in response to reports that the Syrian government launched a chemical attack on its own people. This has the potential to draw those three countries into a more direct conflict with Russia, which supports the Syrian government, and inflame current tensions.

While Syria is not a major producer of oil, neighboring countries are, and there is the potential they could be pulled into the conflict. In addition, it seems more likely that the US may dissolve its nuclear deal with Iran given the recent addition of key members of President Donald Trump’s administration who have opposed the deal. This would lead to the re-imposition of sanctions on Iran, which would curtail its ability to sell its oil. All these events are likely to place more upward pressure on the price of oil and add to the volatility we are seeing in some emerging markets currencies.

Then there is the imposition of US sanctions on various Russian entities. One specific sanction was against Rusal, the second-largest producer of aluminum in the world. This drove up the price of aluminum about 15% in the last week on concerns that supply would fall.1 In addition, the sanctions against Russia have led to a recent rise in prices for both platinum and palladium.

That’s because Nornickel, the world’s largest producer of palladium, is linked to Rusal as well as to an oligarch who is being sanctioned by the US. While sanctions haven’t been announced against Nornickel, there is concern that the company will be affected. Sanctions against Russia also placed downward pressure on the ruble.