You are at:Home»Featured»Fear is Creeping Back into Stocks, Shining a Light on Gold 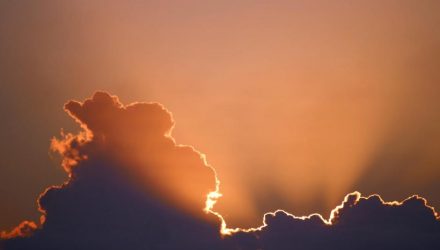 Fear is Creeping Back into Stocks, Shining a Light on Gold

The recent monster stock selloff is why I frequently recommend a 10 percent weighting in gold, with 5 percent in bullion and jewelry, the other 5 percent in high-quality gold stocks, mutual funds and ETFs.

What began on Friday after the positive wage growth report extended into Monday, with all major averages dipping into negative territory for the year. The Dow Jones Industrial Average saw its steepest intraday point drop in history, losing nearly 1,600 points at its low, while the CBOE Volatility Index, widely known as the “fear index,” spiked almost 100 percent to hit its highest point ever recorded.

Gold bullion and a number of gold stocks, however, did precisely as expected, holding up well against the rout and helping savvy investors ward off even more catastrophic losses. Klondex Mines and Harmony Gold Mining, among our favorite small-cap names in the space, ended the day up 4.6 percent and 4.8 percent, respectively. Royalty company Sandstorm Gold added 1.4 percent.

The research backs up my 10 percent weighting recommendation. The following chart, courtesy of BCA Research, shows that gold has historically outperformed other assets in times of geopolitical crisis and recession. Granted, the selloff was not triggered specifically by geopolitics or recessionary fears, but it’s an effective reminder of the low to negative correlation between gold and other assets such as equities, cash and Treasuries.