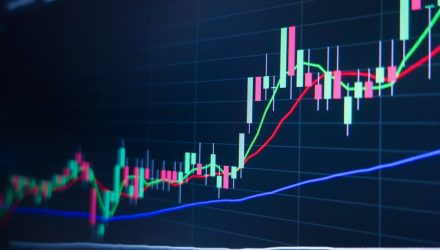 Shares of economically sensitive sectors have led the charge this month as investors rotate out of growth stocks and into previously downtrodden areas of the market that could pick up on the broader economic recovery ahead.

“With the reopening of the economy, this fiscal stimulus in the form of checks will have a stronger impact on consumption,” Carsten Brzeski, ING Groep’s global head of macro research, told the Wall Street Journal.

Additionally, the vaccine distributions have proceeded faster than expected, bolstering optimism over the outlook for the second half of the year.

“With the vaccine positive news and the stimulus, we think there will continue to be a fair amount of rotation out of the stay-at-home stocks,” Greg Bassuk, CEO of AXS Investments, told Reuters. “We are bullish on financial services and energy coming out of the pandemic.”

Looking ahead, investors are waiting on guidance from the Federal Reserve, which will conclude its two-day meeting on Wednesday. Policymakers are expected to forecast that the U.S. economy will expand in 2021 at its fastest rate in decades while reaffirming the institution’s dovish stance.

“The Fed meeting will clearly be crucial and essential in terms of further educating markets as to what the Fed is up to,” Brzeski added.

Market watchers have been worried that a large fiscal package could contribute to higher inflationary pressures, which would force the Fed to hike interest rates sooner than they have previously suggested.

“The Fed needs to send a message here that it is still mindful of the substantial progress that is required before the economy is returned to pre-pandemic conditions, but equally, it’s not going to be too forceful because some of these moves are warranted based on fundamentals,” James Ashley, head of international market strategy at Goldman Sachs Asset Management, told the WSJ. “So it is, how do you calibrate that message in a way that is neither too dovish or too hawkish.”