You are at:Home»ETF Strategist Channel»The Winds Are Changing for Active Management 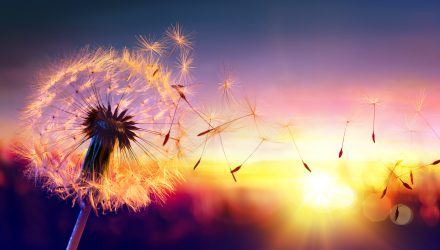 The Winds Are Changing for Active Management

The more common and less precise measurement considers how all funds (regardless of mandate or underlying benchmark) perform versus the S&P 500 Index. In recent years, the S&P 500, which represents U.S.-based, large-cap, growth-oriented companies, has outperformed nearly every other asset class. Thus, many commentators naively suggested active management wasn’t working. The chart below captures the relative performance of the S&P 500 versus all funds. When the line is going down, the S&P 500 is outperforming. When the line is going up, the S&P is underperforming. I believe this chart is first and foremost about global diversification and secondarily about active management.

However, even when using this definition and measurement, I believe active management is poised to shine in the years ahead. As we have written numerous times, the S&P 500 is now expensive relative to other market indices and asset classes, and given the cyclical nature of the markets, it will likely underperform in the years ahead. When this tide shifts, as it appears it already has, it is likely that:

In this case, I believe actively managed funds will perform relatively better in the current and expected market environment for five reasons. As stated previously, two (1 and 2 below) are headwinds lessening in strength, and three (3-5 below) are seasonal headwinds that should eventually turn into supportive tailwinds.

2. Active managers keep lower cash balances than they used to.

Mutual fund managers tend to keep some cash in portfolios to meet shareholder cash flows. This “cash drag” is underappreciated but can add up. For example, a fund with a 5% cash position when the market was up 20% last year gave up 1% in relative performance — that’s more than the typical expense ratio difference. This cash drag, however, tends to be a leading reason behind the apparent outperformance of actively managed funds in down markets.  It also explains why passively managed funds have done so well in recent years versus actively managed funds. We are in the second longest and strongest bull market ever; cash has been a clear detriment in this environment.

Generally speaking, the bulk of passively managed funds are market-cap weighted, meaning larger companies have the largest portfolio weights. Most active managers, meanwhile, build portfolios with an equal-weighted construction process in mind. This creates a smaller-cap bias versus the broad market benchmarks. As a result, all else equal, actively managed funds will generally outperform when small-caps outperform large-caps, such as they have in recent years.

Currently, small-caps look attractive on a relative valuations basis and are expected to outperform over the next 10 years. If this occurs, it will be a net advantage for actively managed funds.

Since the bulk of passively managed funds are market-cap weighted and thus tend to flow into companies with higher growth rates and valuations, growth-oriented companies tend to have the largest portfolio weights. Most active managers build portfolios with some sort of valuation sensitivity when selecting securities. In general, and speaking in the aggregate, passive funds don’t consider company fundamentals or valuations, but active funds do. As a result, actively managed funds tend to outperform when value stocks outperform growth stocks, such as they have in recent years.

Currently, value stocks — after arguably the longest stretch of underperformance ever — look attractive on a relative valuations basis and are expected to outperform over the next 10 years. If this occurs, and I believe value could generate significant relative outperformance, it will be a nice tailwind for actively managed funds.

Since international markets remain significantly more attractive than domestic markets, the ability to invest in some level of international equities should benefit active managers.

At CLS, the contrarian in us likes the fact that most of the world is moving towards passively managed funds and away from active management. While the move to passive has been in large part about lower investment management costs, which are obviously beneficial for investors, it is also another version of performance chasing. As we have often written, performance-chasing behavior costs investors even more than fees over time and is the leading reason investors underperform long-term.

As for examples of actively-managed funds that CLS Investments currently use:

There are several funds within actively managed fixed income ETFs that we currently favor. The four highlighted below are managed by those I consider to be talented fixed-income managers and firms. All have provided attractive long-term performance, and all hold the promise to continue considering their organizational strengths, such as talent and resources. What’s most notable is each fund and firm plays the game differently.  In other words, one could attain even more consistently attractive behavior by blending these various names.

This information is prepared for general information only. Information contained herein is derived from sources we believe to be reliable, however, we do not represent that this information is complete or accurate and it should not be relied upon as such. All opinions expressed herein are subject to change without notice. The graphs and charts contained in this work are for informational purposes only. No graph or chart should be regarded as a guide to investing.