You are at:Home»ETF Strategist Channel»What Happens if the Democrats Win the House? 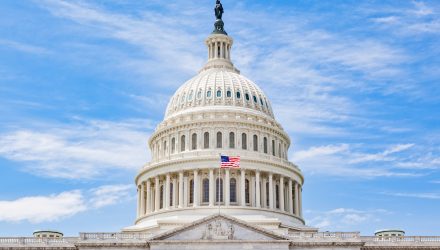 What Happens if the Democrats Win the House?

The other arrow in his quiver is the use of a veto pen. To over-ride a veto, Democrats would need to muster a two-thirds vote in both the House and the Senate, which is an unlikely outcome. The history of over-riding a veto has been challenging. In the table below, we show the history of the vetoes in our country along with the 20 Presidents who used the veto pen most frequently.

From a stock market standpoint

The House and the Senate have been split in terms of party affiliation seven times (two year terms for 14 years) out of the 46 terms since 1926. The term coming up will be the 47th term, so prior to the upcoming mid-term election we have had a split between the House and Senate only 15% of the time. In those years, the next or the first year of the two year term, witnessed gains of 4.1% on average (median of 1.1%). For the full two years after a split Congress was initiated, the average return is higher at 13.1% (median of 18.5%) as can be seen below. Returns in the table below are cumulative.

JP Morgan has a different method to analyze the numbers. They view a split Congress as anytime when all three branches are not from the same party and then they apply a six-month rolling average to determine the return pattern. The chart below indicates that a divided government is the least attractive backdrop for the stock market.

We prefer our view of the data to that of JP Morgan.