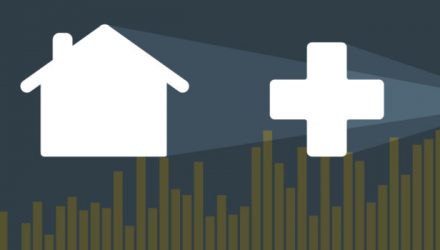 The Federal Reserve Board held interest rates steady, as expected, during a mixed week for the U.S. economy. On the one hand, the U.S. services sector expanded more than expected in October, and initial jobless claims were in line with forecasts. On the other, the Job Openings and Labor Turnover Survey—the JOLTS report—disappointed. Also, crude oil investors were higher than estimated.

Overseas, PMI readings for Europe topped expectations, as did German industrial production. European retail sales were flat, however, and French industrial production fell more than expected. And while UK business investment in the third quarter was weaker than predicted, third-quarter GDP growth in the UK hit its strongest level in two years.

In Asia, signs of weakness from Japan—household spending fell more than expected while bank lending slowed from the previous month. That said, Chinese inflation (at both the consumer and producer levels) were in line with expectations and the country’s import and export results beat estimates.

The U.S. equity market gained ground for the week, with two defensive sectors—health care and real estate—leading the way. Health care got a boost from investors looking for relative stability and from midterm election results that should reduce potential risks in the sector in the near term. Real estate benefited from lower interest rates as well as an overall risk-off market environment. In contrast, energy and communications services lagged. Rising crude oil supplies along with global growth risks weighed on oil prices, hurting energy-related stocks. Weaker earnings and guidance combined with headline risks pushed down communications services stocks.

Most European markets were marginally positive for the week. As in the U.S., defensive-oriented sectors (such as consumer staples) outperformed while cyclicals (such at automobile stocks) underperformed. In Asia, Japanese markets fared better this week than last, with a mix of defensive and cyclical sectors performing well. Emerging markets equities fell, due largely to the strength of the U.S. dollar and the risk of an economic slowdown in China. Some country-specific political and credit risks further weighed on emerging markets.

Global stocks finished higher during a choppy week for the markets. U.S. large-cap stocks led the way, as small-caps and international equities took a break following their rally the previous week. So far in November, U.S. large-caps are up 2.6% while foreign stocks are up 1.6%.