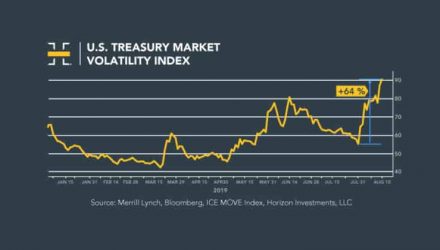 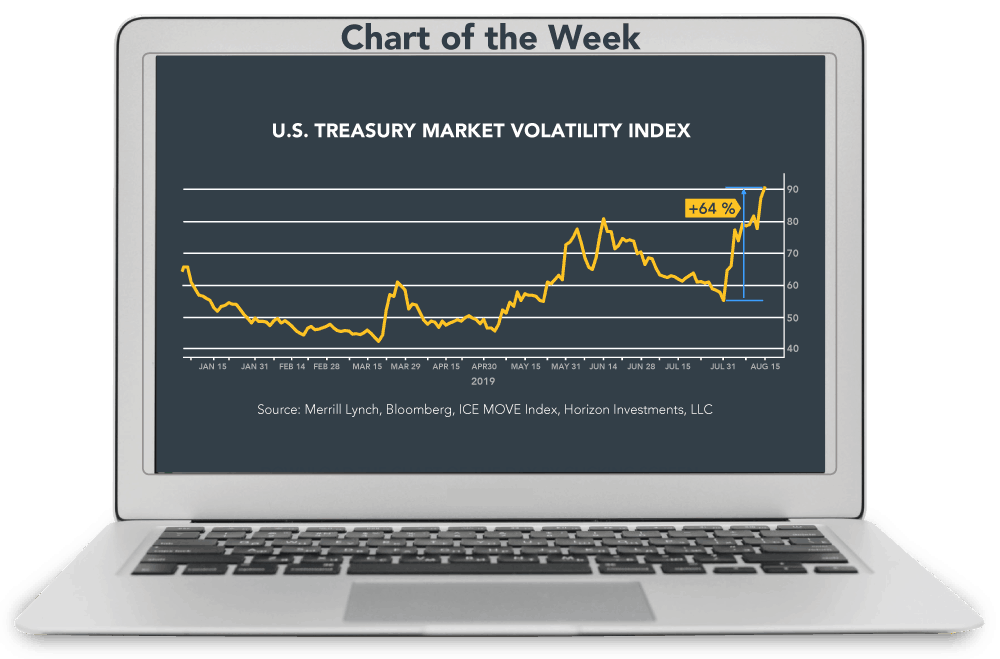 The jump, since the end of July, in the ICE MOVE Index. It measures volatility in the U.S. Treasury market and is also known as the “fear” index for bonds.

Trade again. The White House announced delays on some China tariffs, triggering a brief rally that was undercut by weak German and Chinese economic data. Protests in Hong Kong that closed the airport added to the market’s general feeling of unease.

There were four days of moves of 1% or more in the S&P 500 as the markets digested news that included an inversion in the yields on two-year and 10-year Treasurys. The S&P ended down 0.9% (SPX). Bond yields fell worldwide and credit was volatile.

Negative sentiment around global growth, as seen in bond yields, is driving equity markets. Talk of a recession is in the air, but with a strong U.S. consumer, we view these fears as overblown.