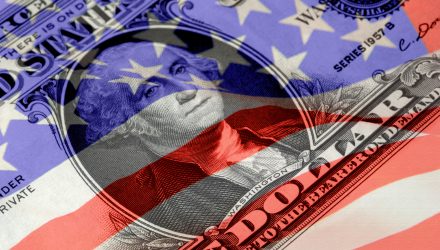 In the fixed-income markets, longer-duration Treasuries outperformed as interest rates peaked following a recent run up and then softened by the end of the week. International bonds, especially emerging markets debt, underperformed as investors worried about the impact of a strengthening dollar.

Most equity markets around the globe were flat to down last week, and there was some additional realized volatility due to earnings season. The markets are trying to digest some new signs of inflation and a surprisingly strong GDP report.

Overall, U.S. and broad-based international markets posted roughly the same returns. In the U.S., large-company stocks beat small-caps for the week, while value outperformed growth. Bonds had an equally uneventful week, with very little separation between the returns of various fixed-income sectors.

One noteworthy exception was the U.S. dollar, which gained 1.3% for the week, due in part to rising bond yields.

The Risk Assist portfolios continue to be modestly de-risked, and we will be updating our volatility forecasts during the coming week.

Global stocks and broad-based bonds posted similar returns last week, and both asset classes were roughly flat for the week. Over the past 12 months, well-known global stock indices have outpaced bond indices by more than 15%.

Yield-focused investments were volatile. Long-duration bond prices were hit hard early in the week as the yield on the 10-year U.S. Treasury hit 3%, but then reversed course to end the week up slightly. Equity-based yield plays like REITs and infrastructure did well, while preferred stocks and emerging markets bonds lost ground.

This week, the Fed’s preferred measure of inflation–core PCE–will be released, and should offer insight into how the most conservative of the various inflation gauges looks in light of the surprisingly good GDP number Friday.