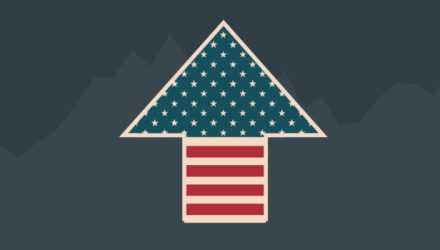 By Horizon Investments on November 1, 2018

Economic data released last week revealed strength in some key areas of the U.S. economy. For example, GDP growth during the third quarter was slightly stronger than expected, while both manufacturing and services PMIs exceeded expectations. However, the news wasn’t entirely positive: Core durable goods orders and new home sales fell short of expectations, while consumer sentiment (as measured by the University of Michigan’s monthly survey) was slightly lower than forecasted.

In Europe, German manufacturing and services PMIs missed estimates—but the consumer climate index in the country was better than anticipated. Meanwhile, French services PMI topped estimates. In Asia, Japanese core CPI was in-line with expectations in what was a quiet week for economic news in the region.

U.S. equity markets had a rocky week. Once again, defensive-oriented sectors such as consumer staples and real estate outperformed due to their perceived relative safety. Cyclical sectors like energy and industrials lagged due to global trade tensions, concerns about global economic growth prospects and lower oil prices.

European equity markets were weighed down by global macro risks and by warnings from European companies about their future earnings growth. Many companies reduced guidance as the continent continues to wrestle with the lack of a Brexit conclusion, Brussel’s rejection of Italy’s proposed budget, and the possibility of slower growth. Japanese markets were impacted by similar factors and ended the week down significantly.

Emerging markets began the week in relatively strong shape, boosted by economic stimulus efforts from China. That strength was short lived, however, and emerging markets’ positive performance faded by week’s end. That said, Brazil continues to be a notable outperformer as election-related concerns in that country subside.