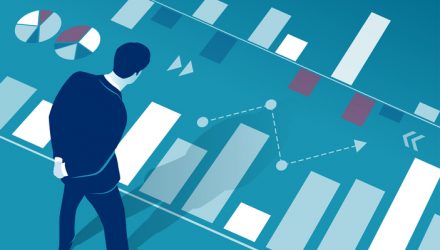 On a single country basis, the United Kingdom, as measured by the FTSE 100 Index, lost -1.87% on the month in GBP terms as PM Boris Johnson suffered a setback in Parliament which delayed the Brexit process yet again. It remains to be seen what, if anything, will happen by year end, further muddying the waters in the UK, but also emphasizing the need to distinguish between investing in Europe (includes UK) and the Eurozone (ex. UK and others, using only the Euro single currency).

Japanese equities also posted strong returns on the month, with the benchmark Nikkei 225 Index returning +5.36% in JPY terms as the Yen continued to weaken against the Dollar. U.S. based investors positioning in Japan on a hedged currency basis would have benefitted from both rising equity prices and a falling currency, also emphasizing the need to be aware of global currency trends when investing overseas on a single country basis.

The October Federal Reserve meeting resulted in a 25 basis point reduction in the Federal Funds target rate. The Treasury yield curve flattened as the statement released by the Fed was interpreted as signaling that further rate cuts were less likely, causing future inflation expectations to decline, pulling longer rates lower.

US Government bond yields remain the highest in the developed world. While they have declined from the levels seen 12 months ago, we are nowhere near the negative rates being experienced by Europe and Japan. The 3 month/10 year yield curve inversion subsided on October 10th , as short term rates declined. This move, combined with the most recent rate cut has caused the front end of the yield curve to settle lower, and has reshaped the yield curve.

It now looks much healthier as it has a generally positive slope, even with rates relatively flat at around 1.55% going out to 5 years, before beginning to rise. Year to date the big winners in fixed income performance remain Investment Grade and High Yield Credit, and Emerging Market debt. Duration has been a boost to performance in general, but even in a month like October, where yields were relatively stable (minimal duration tailwind), the higher yielding exposures performed strongly due to their higher coupon income and some credit spread tightening.

Emerging Market Government bond yields are significantly higher than developed market yields. A strong USD has weighed on local currency returns. If USD strength fades, Local Currency EM exposure will offer a very attractive yield combined with price upside from currency appreciation. Green bonds, as measured by the S&P Green Bond Select Index, were underperformers for the month returning -0.57%. Despite this, global green bond and loan issuance has surpassed $200 Billion YTD for the first time ever, according to the Climate Bonds Initiative. Bank Loans remain the unloved piece of the non-investment grade market, and continue to experience outflows/pricing weakness. Some of this is due to their floating rate structure.

As rates have moved lower, those who bought in to hedge against higher rates have had to re-evaluate the exposure. Financial news sources have also continued to harp on the quality of the loans and their covenants, as well as the Collateralized Loan Obligation (CLO-securitized loans) market. The resulting selling pressure has made loans very attractive from a risk/return perspective. Not only are the loans typically secured by a claim on company assets, but they are also offering more yield than less secure “High Yield” bonds, and have lower exposure to energy sector credits that have been experiencing recent stress. Tax-free municipal bonds have rallied significantly in the month of October. Longer maturity munis continue to offer more value relative to Treasuries. Shorter maturities aren’t quite as attractive, but they remain cheaper than they have been for most of 2019.

Alternative investments generally rose in value during October, with each respective alternative ultimately driven by a “risk on” environment that saw global equities rise during the period. The Dollar, as measured by the DXY Index fell -2.04% during the month, buoying commodity prices as a whole.

The Bloomberg Commodities Index rose +1.87% on the month, while West Texas Intermediate (WTI) crude oil gained +0.20% to close just above $54 per barrel. WTI prices remain higher by +19.31% year to date, but have remained largely range bound since May. Gold prices rose +2.75% in October to close at $1,513 per ounce as the Federal Reserve cut interest rates for the third time this year.

Gold continues to benefit from low inflation, low interest rates, and increased geopolitical risks. Should the U.S. Dollar continue to weaken, the shiny metal could stand to benefit, further emphasizing its role as a hedge to many external forces within a globally diversified investment portfolio. Real Estate prices also rose during the month, with the FTSE NAREIT All REIT Index gaining +1.01%. For the year, Real Estate has gained +24.81%, outpacing most other major asset classes.

Should the U.S. economy remain on stable footing and interest rates remain low, REITs are likely to stay in favor within the alternatives space. From a currency standpoint, the Dollar’s weakness most readily benefitted the British Pound and the Euro, which comprise the super majority of the DXY Index. The Pound rallied +5.3% against the Dollar to $1.29 USD/GBP, a nearly 6-month high, while the Euro gained +2.3% to close at $1.12 USD/EUR, also a 6- month high.

Hedge Fund strategies continue to underwhelm over nearly all periods. For the month, Event Driven strategies returned +1.22% on average, while Macro strategies lost -1.52% on average, despite the S&P 500, MSCI EAFE, and MSCI EM Indices posting positive returns. On a year to date basis, even the best performing strategy’s (Equity Hedge L/S) return of +8.32% underperformed the Bloomberg Barclays US Agg Index, which has gained +8.85% YTD. It remains challenging to see the benefit of owning high cost strategies that continue to underperform most broad market indices over seemingly all periods (1-, 3-, and 5-year periods).