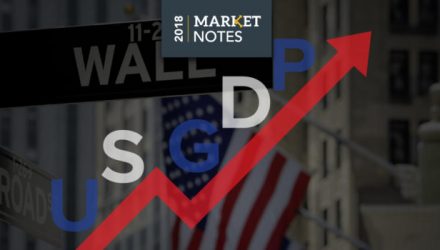 In Asia, Japan’s GDP for the second quarter was better than predicted, as was month-over-month household spending. Meanwhile, inflation in China was mostly in line with expectations and the pace of home loans in Australia slowed.

Many U.S. equity market sectors were down for the week, with real estate and consumer staples hit particularly hard. Real estate suffered losses after rumors of tenant bankruptcies reminded investors of the potential risks in the sector. Some of the weakness in consumer staples was due to Wall Street downgrades of companies in the sector and the potential for sector consolidation being questioned by the market.

On the plus side, the consumer discretionary sector outperformed as retailers reported strong earnings and as investor sentiment toward the industry continues to improve. The telecommunication sector also outperformed as second-quarter earnings results and future guidance beat expectations.

European financial markets came under pressure, particularly shares of financial companies with ties to Turkey—where economic conditions are becoming increasingly concerning to investors. Emerging markets continued to underperform as the pressures of Turkey and the Turkish lira spooked investors—resulting in weakness in many other emerging markets. One exception was the Chinese equity market, which outperformed for the week.

Global equity markets began the week looking promising, but experienced volatility and losses on Friday as the Trump administration directed new tariffs at Turkey. The last two weeks have seen outperformance from U.S. equities after some international equity strength during the previous weeks.