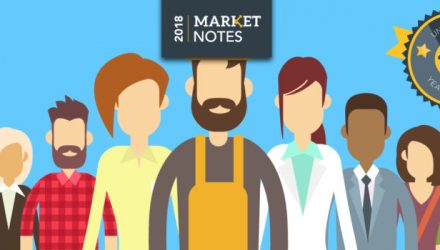 Domestic economic data was mixed last week. The biggest headline was that the U.S. added 134,000 new jobs in September—significantly fewer than expected. The good news: The unemployment rate was better than forecast—falling to a 48-year low—and wage gains met expectations. (It’s important to note that the jobs data can be volatile from month-to-month and that Hurricane Florence may have impacted the September data.)

Another mixed-signal: The ISM manufacturing index was lower than anticipated, while non-farm manufacturing results beat expectations.

Asian markets and economies saw a mostly quiet week, with China on a national weeklong holiday. Japan’s household spending exceeded expectations by a large margin. Building approvals in Australia decreased meaningfully, although retail sales results there were in-line with estimates.

After the Dow hit an all-time high early in the week, the U.S. equity market reversed course. Sharply rising interest rates, combined with the increased perception that the Fed may be more hawkish than previously thought, weighed heavily on stocks. Some disappointing employment data also spooked investors. The volatility that returned to the markets last week created pronounced disparities between market sectors: Consumer discretionary and real estate stocks were weak, while utilities and energy stocks showed strength.

European shares slumped as headline risks related to Italy’s fiscal status continued to weigh on the market, and as investors reconsidered their equity allocations in light of better U.S. economic data and higher U.S. rates. Meanwhile, the Japanese market suffered its first weekly decline in four weeks. Japanese stocks were hurt by the rise in U.S. rates as well as by negative sentiment in certain segments of the technology market.

Emerging markets also underperformed—experiencing one of their worst weeks of the year, with Turkey and India being notable detractors. However, Brazil outperformed as the far-right presidential candidate extended his lead in the polls over the Workers’ Party, which is associated with much of the country’s economic mismanagement. Latin America in general outperformed the majority of emerging markets.

Global stocks had a rough week as the fourth quarter began. Several key overweights that have been beneficial in the portfolios showed considerable weakness. That weakness was a continuation of what we saw during the final few weeks of the third quarter, which suggests that there may be more leadership rotation ahead.