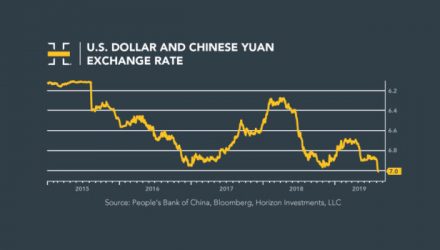 The exchange rate between the U.S. Dollar and the Chinese Yuan, as set by the People’s Bank of China (7 Yuan to the Dollar). 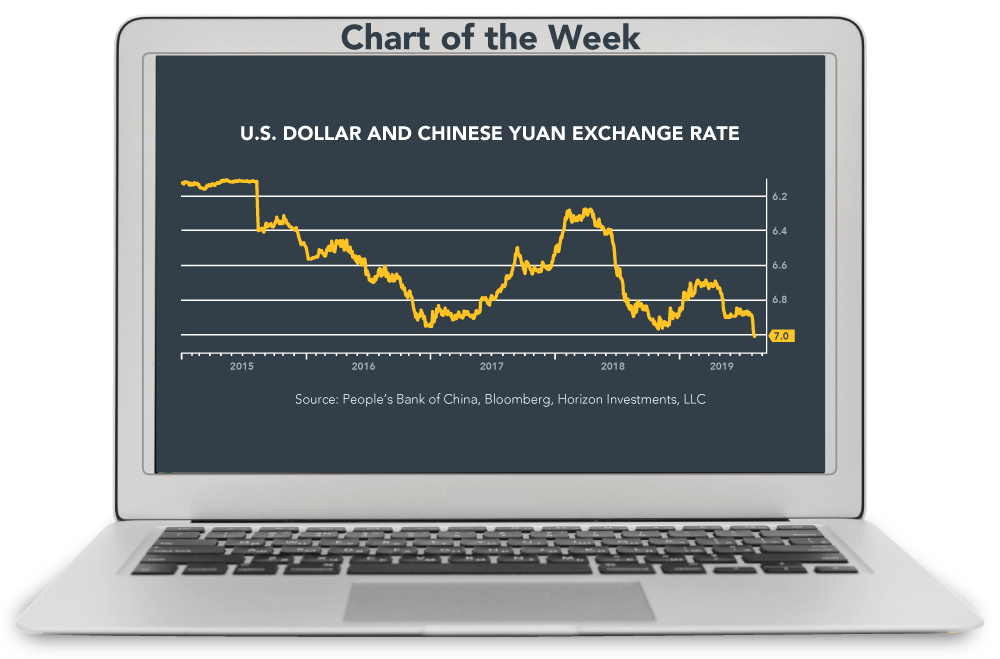 China responded to President Trump’s threat of more tariffs by letting its currency drop below seven, an important psychological level. The U.S. followed by labeling China a currency manipulator.

Equities traded in a whippy fashion, but U.S. markets fared better than most; the S&P 500 ended down “only” about 0.4% for the week. Volatility, as measured by the CBOE Volatility Index (VIX), moved up. Yields on 10-Year Treasuries approached a three-year low.

Currency valuation represents a new point of contention, and the U.S. – China trade dispute continues to hold center stage. There is concern that the depreciating Yuan could result in capital outflows from China, spreading contagion in global markets.

U.S. Consumer Price Index (CPI) data will be released on Tuesday, and China reports retail sales and industrial production on Wednesday. Political risk remains in focus, including protests in Hong Kong, the threat of Italian elections, and preparations for Brexit in the UK.