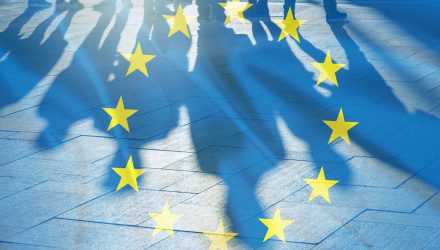 To Europe With Caution

“Driven initially by a slowdown in exports, eurozone growth weakened markedly through 2018, culminating in a 1.2-percent year-over-year increase in GDP in Q4, the weakest pace of expansion in almost five years,” according to IHS Markit.

Garff notes that in Europe, some important economic indicators are stagnating.

“Almost across the board, we’re seeing contracting PMIs and OECD leading indicators,” he said. “In addition, with a few exceptions, European indices exhibit smaller relative return on equity and sales growth when compared to other countries.  So the current landscape is not great from a fundamental perspective.”

Other data points and country-specific risks indicate some of the Eurozone’s largest economies could be teetering on the brink of recession.

“But a series of country-specific shocks and their knock-on influences on sentiment have driven Italy and Germany close to recession and acted as a material drag on growth in France,” according to Bloomberg.

When ETF Trends spoke with Garff several weeks, he pointed out that two of Accuvest’s preferred European markets are Norway and Sweden, neither of which are Eurozone members.

“Each market has one or two factors that make it attractive, and one or two that signal caution,” he said.

The iShares MSCI Sweden ETF (NYSEArca: EWD) and the iShares MSCI Norway Capped ETF (CBOE: ENOR) are up 3.93 percent and 4.62 percent, respectively, this year. ENOR is being boosted by rising oil prices as Norway is one of Europe’s largest oil producers.

With plenty of economic and headline risk lingering in Europe this year, investors would do well to let data be their guide as Accuvest does.

“Clearly, the last 5 years have been a time to try to get the Macro calls correct,” said Garff. “That said, we don’t really focus on things like Brexit, or try to predict changes in monetary policy.   We have to let the data lead us to the best relative value opportunities.  That’s the only way for us to have a consistent, disciplined and repeatable process in what has become a pretty wild global equity market.”