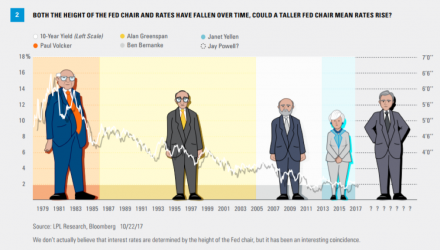 The results are especially striking in ten of the fourteen countries examined. The effect in the U.S. was smaller compared to many of these.

Source: Bloomberg, MSCI, Newfound Research. Past performance does not guarantee future results. Return data relies on hypothetical indices and is exclusive of all fees and expenses. Returns assume the reinvestment of dividends.

That being said, we think the statistical significance (and therefore investing merit) is less obvious.  Now, it is certainly the case that many of these differences are statistically significant when measured traditionally.  In this sense, our results agree with Ioannadis and Kontonikas (2006).

However, there are two issues to consider.  First, the R2 values for the regressions are very low.  For example, the highest R2 in the paper is 0.037 for Finland. In other words, the monetary regime models do not do a particularly great job explaining stock returns.

Second, it’s important to take a step back and think about how monetary regimes evolve.  Central banks, especially today, typically don’t raise rates one month, cut the next, raise the next, etc.  Instead, these regimes tend to last multiple months or years.  The traditional significance testing assumes the former type of behavior, when the latter better reflects reality.

Now, this wouldn’t be a major issue if stock returns were what statisticians call “IID” (independent and identically distributed). The results of a coin flip are IID. The probability of heads and tails are unchanged across trials and the result of one flip doesn’t impact the odds for the next.

Daily temperatures are not IID. The distribution of temperatures is very different for a day in December than they are for a day in July, at least for most of us. They are not identical.  Nor are they independent. Today’s high temperature gives us some information that tomorrow’s temperature has a good chance of hitting that value as well.

Needless to say, stock returns behave more like temperatures than they do coin flips.  This combination of facts – stock returns being non-IID (exhibiting both heteroskedasticity [4] and autocorrelation) and monetary policy regimes having the tendency to persist over the medium term – leads to false positives.  What at first glance look like statistically significant relationships are no longer up to snuff because the model was poorly constructed in the first place.

To flush out these issues, we used two different simulation-based approaches to test for the significance of return differences across regimes.[5]

The first approach works as follows for each country:

This approach assumes that today’s monetary policy regime says nothing about what tomorrow’s may be. We have transformed monetary policy into an IID variable. Below, we plot the regime produced by a single iteration of the simulation. Clearly, this is not realistic.

The second approach is similar to the first in all ways except how the monetary policy regimes are simulated.  The algorithm is:

The regimes produced by this simulation look much more realistic.

When we compare the distribution of return differentials produced by each of the simulation approaches, we see that the second produces a wider range of outcomes.

We find that global equity returns have been more than 10% higher during expansionary regimes.  At first glance, such a large differential suggests there may be an opportunity to profitably trade stocks based on what regime a given country is in.

This result isn’t too surprising when we consider the complexity of the relationship between equity returns and interest rates (despite what financial commentators may have you believe). Interest rate changes can impact both the numerator (dividends/dividend growth) and denominator (discount rate) of the dividend discount model in complex ways.  In addition, there are numerous other factors that impact equity returns and are unrelated / only loosely related to interest rates.

When such complexity reigns, it is probably a bit ambitious to rely on a standalone measure of monetary policy regime as a predictor of equity returns.

Justin Sibears is the Managing Director, Portfolio Manager at Newfound Research, a participant in the ETF Strategist Channel.