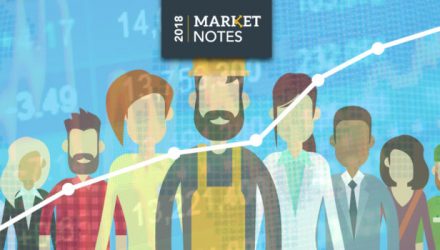 Economic data out of the U.S. was mostly positive: Nonfarm payrolls, the ISM Manufacturing Index and initial jobless claims all came in ahead of expectations. One weak spot was a disappointing revised GDP growth rate for the first quarter of 2018.

In contrast, international economic data disappointed—with Manufacturing PMI in France and industrial production in Japan coming in below expectations.

Related: What is Behind China’s Top-Ranked Fundamentals?

Internationally, emerging markets India and Indonesia outperformed as investors recognized accelerating economic growth in those countries. Europe was the worst performing region, as fears about Italy’s new socialist government and its disdain for the European Union spooked investors.

The holiday-shortened week was a choppy one as Italian election jitters pressured European stocks early in the week. Stocks ultimately rallied by the end of the week due to a strong jobs report and other generally positive U.S. economic data, as well as on news that the U.S./North Korea summit is back on after being canceled. Markets have been choppy for most of 2018 so far due to a combination of mixed economic data, earnings season and political uncertainty (especially following various tweets from the President).

U.S. equity markets have taken the lead in terms of performance, with small-caps and growth stocks continuing to show strong fundamentals and positive upward momentum.