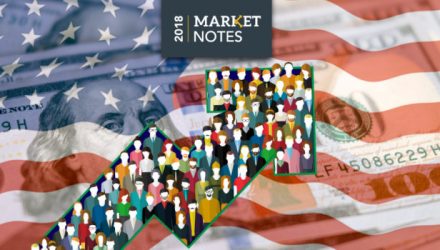 European markets endured another down week as trade war worries continued to grip the investment landscape. Technology shares in Europe were the worst performers, with luxury-oriented sectors not far behind as investors began to worry about a slowdown in China. Japanese shares suffered as well on trade-related uncertainties, as NAFTA agreements have yet to materialize between the U.S. and Canada combined with negative implications from the trade war between the U.S. and China.

In the fixed-income market, shorter-duration and high-yield debt outperformed longer-duration issues as rates rose in the wake of more signs of economic strength. Emerging markets debt declined again after the majority of emerging markets currencies continued their retreat. On the positive side, the Argentine peso and Turkish lira both appreciated for the first time in many weeks.`

A rough week for investors, as both stocks and bonds lost ground to start September. Although being fully invested in stocks was a drag on the portfolios last week, our positions in small-caps and our overweight to domestic equities were beneficial. Foreign stocks were pushed lower largely by emerging markets, which continued to come under pressure due to concerns about trade, currencies, inflation and other factors.

We have been looking for signs of weakness and profit taking in the market, and saw some of that occurring last week. Equities often struggle in September as many traders return from summer vacations and become more actively engaged. We will keep a close watch on the markets and the portfolios, with an eye toward further risk reduction if necessary.

Global equities were choppy and ended the week modestly lower. Volatility expectations rose slightly for equities: The VIX ended the week around 15, up from just below 13 a week ago. Re-ignited trade fears, particularly involving the U.S. and China, drove much of that rise. Our view is that positive trade news on Canada, Europe and Japan may be likely over the coming weeks, accompanied by negative news regarding China.

Average hourly earnings data released last week came in higher than expected, as noted. Such wage inflation is usually seen as a precursor to overall price inflation. However, market expectations for price inflation remained little-changed week-over-week. In the coming days, CPI data for August will provide more insight into the direction of aggregate prices.

Both high-yield equity and fixed-income assets were down for the week—with preferred stocks, convertibles and long-duration bonds performing the worst. Domestic dividend stocks were the only yield-focused asset class that posted flat to small gains for the week.