You are at:Home»ETF Strategist Channel»Strategists Say Pricing Power is Back in Weak Areas 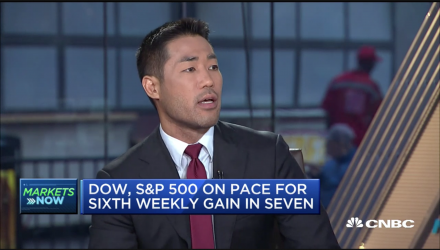 Strategists Say Pricing Power is Back in Weak Areas

The bullish run of the U.S. markets spanning across the last several months has investors in mixed sentiment. In August, the Dow has seen the greatest growth of the main indices, up nearly 3%, with the S&P 500 following at roughly 2%.

While some have shared a more bearish outlook for the market, other strategists, such as Dan Suzuki of Richard Bernstein Advisors and Jodie Gunzberg, managing director at S&P Dow Jones Indices, remain optimistic.

The two strategists sat down on CNBC’s “Squawk Box” to discuss the markets and which fundamentals they’re watching. “We’ve had four consecutive months of positive returns. The market looks like, maybe next week, we might even make new all-time highs,” says Suzuki.

Suzuki warns investors to shy away from basing their market outlooks strictly on President Trump’s statements, such as those aimed towards Turkey and China, and to rather focus on market fundamentals.