You are at:Home»ETF Strategist Channel»U.S. Stocks Up for Ninth Straight Week 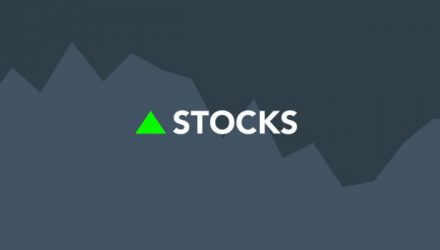 U.S. equities climbed for the ninth straight week – the longest such period since 1995 – and the CBOE Volatility Index (VIX), a measure of market volatility, continued to fall over the same period, closing at 13.51, down 9.4%.

Cyclical stocks, those thought to be most directly tied to the U.S. economy, continued to lead the way, including industrials, financials and energy. Progress in the U.S. – China trade talks was one big reason for the optimism with President Trump tweeting on Sunday night that he was willing to extend the deadline for bumping up tariffs on Chinese goods past March 1. The Fed, for its part, appears to be continuing its dovish stance with talk about “inflation targeting.” More light may be shed this week when Chairman Powell testifies before Congress.

Emerging market and international stocks had a good week, too, as a potential for reduced trade friction is seen as good all around. Most European indexes were up modestly, with basic resources – companies with exposure to China – up strongly. More generally, economic data was mixed as Germany’s business climate index slipped again. On the plus side, the IHS flash composite PMI rose to 51.4 in February, up from 51.0 the prior month. Brexit continued to loom with the March 29 deadline moving ever closer. In Asia, the Shanghai Composite ended the week on an up note and appeared poised for further gains.

On the earnings front, U.S. companies have generally done well relative to expectations. Earnings growth has slowed and faces more headwinds in the year as the impact of tax reform declines. A slowdown in the broad economy, widely predicted, will likely not help either. On a more positive note, about six out of ten companies reported stronger-than-expected revenue in 4Q, slightly better than the 5-year average, according to The Wall Street Journal.

Small cap stocks, emerging market equities, and other high beta asset classes had a good week, again supported by the positive signs coming out of the U.S. – China trade talks. U.S. small cap was up just under one percent, while the MSCI EAFE climbed 1.65% on the week in dollar terms.