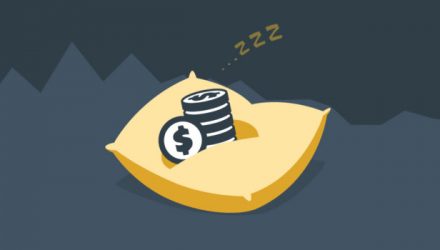 U.S. Stocks Take a Breather as Market Stands Within 5% of its All-Time High

Friday was a tough day for stocks as concerns over global growth overcame a decision by the U.S. Federal Reserve to forgo additional interest rate increases for the moment. On the day, the S&P 500 fell by 1.9%. For the week, the index declined by a more modest -0.73%. Year-to-date, the S&P 500 remains solidly in the black, up 11.2%, just 5% from its all-time highs.

Markets initially reacted positively to the Fed news, but weak Purchasing Manager Index (PMI) data in the U.S. and especially from Germany helped spark a reversal amid concerns about a possible European recession. WIth its export-oriented economy, Germany is seen as especially vulnerable to the ongoing trade disputes between the U.S. and Europe. The tug of war over the direction of global growth was reflected in continued market volatility. “Bad Brexit” was averted, at least for the moment, with another can-kicking exercise from the British government. While there was no headline news on the China trade talks, there was a general expectation that they continued to move ahead more or less on track with meetings scheduled later this week.

There was some better news, too. The U.S. job market remained strong and continued to pull more workers into the economy, as evidenced by robust workforce participation and an unemployment rate of 3.8%, near its 50-year low.

The big story over the weekend was the release of the much-anticipated Mueller Report. At the least, this development meant there was one less thing for markets to worry about for now.

Markets were generally down around the world with internationals falling -1.4% and the Hang Seng and the FTSE 100 both ending lower. In the U.S., small caps were hardest hit dropping -3.0%, including -3.7% on Friday. Growth topped value, but financials were hammered, down -5.0% on the week on the flattening yield curve.

The big news in the bond market was the inverted yield curve – the yield on 10-year Treasurys briefly dipped below that for three-month bills, the first time this has happened since 2007. While this is often thought of as a harbinger of recession, much depends on the Fed, whose dovish commentary was the main driver of the flattening curve, and on the underlying economic activity which we believe remains solid. Currently expectations are for zero rate hikes for 2019. Markets are now starting to assign a bigger than zero probability that there will be a cut before the end of the year.

Friday saw a jump in volatility, with the CBOE Volatility Index (CBOE) moving up to 16.5, consistent with where it was two weeks ago, and below the one-year moving average. Bonds rallied on the week as the yield on 10-year U.S. Treasurys fell to 2.44%.

Long-duration bonds were one of the primary beneficiaries of last week’s market action, up 2.5%. Investment grade corporates climbed 1.5%. “Equity”-yield-like preferred stocks and convertible bonds were down less than the market, declining -0.5%. High yield bonds were flat.

Stocks continued to outpace bonds year-to-date, but lagged slightly on a one-year basis as the impact of 2018’s 4%+ decline continued to run off. The U.S. market stands within 5% of its all-time high.