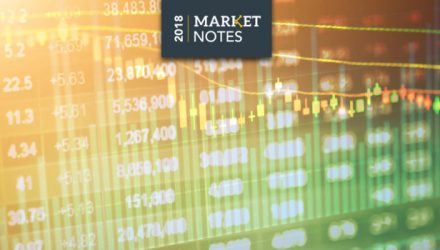 Economic data in the U.S. was mostly positive last week. Employment data—including changes in nonfarm payrolls and initial jobless claims—came in better than expected, as did industrial production and the University of Michigan’s consumer sentiment index. That said, retail sales and housing starts disappointed.

International economic data was uneventful, overall. For example, France, Germany and Japan all saw inflation results that were in-line with expectations.

U.S. stocks were down for the week due in part to concerns about the potential for a trade war between the U.S. and other nations. Interest-rate sensitive sectors such as utilities and REITs were the best performers as interest rates moderated. In contrast, materials and industrials companies underperformed on growth concerns.

Overseas, Asian markets outperformed as a proposed meeting between the U.S. and North Korea eased concerns about political tensions in the region. But emerging markets struggled on concerns over moderating economic growth.

In the fixed-income markets, long-duration U.S. bonds outperformed as interest rates fell (due partly to signs that inflation may not be overheating). Emerging markets bonds struggled, however, as fixed-income investors reduced their risk exposure.

Equities were soft last week, giving back some of their recent gains despite any concrete negative developments or serious volatility. Growth investments once again outperformed value, while small-caps slightly outperformed large-caps (although both were negative for the week).