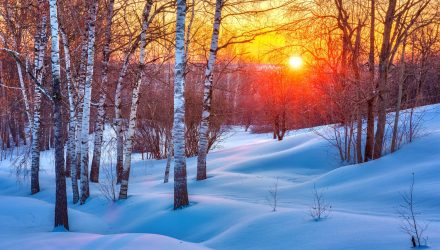 The Fed surprised investors last week by adopting a more dovish tone regarding monetary policy than it has taken in the recent past. For example, the Fed indicated it is increasingly willing to be patient and take more of a wait-and-see approach regarding further interest rate increases. Investors cheered this relatively more accommodative Fed position, and were further encouraged by two strong economic developments during the week:

In Asia, Japanese retail sales were more robust than anticipated (as was Australian inflation). However, Chinese manufacturing (as measured by the Caixin/Markit Manufacturing Purchasing Managers’ Index) fell even deeper into contraction territory than forecast–and South Korean industrial production was worse than expected.

The U.S. equity market enjoyed another week of solid returns. Energy stocks led the pack thanks to strength in crude oil prices and positive earnings results from “big oil” companies. Investors also favored interest-rate-sensitive/defensive areas of the market, such as consumer staples, following the dovish Fed comments and because of the growing viewpoint that the U.S. might be nearing the late stages of the economic cycle. Financials lagged most other sectors after outperforming in recent weeks. Consumer discretionary was the only sector that was negative last week, and it was down only slightly, after weaker-than-expected earnings results.

Most Asian markets also lagged the U.S. For instance, the Japanese market seemed to take a somewhat cautious view toward its earnings season, although the market was buoyed later in the week following dovish statements by the Fed. China’s market was a notable outperformer, however, likely benefiting from the Fed’s comments as well as suggestions that significant progress is being made on a wide range of economic issues between the U.S. and China.

In the fixed-income markets, longer-duration securities outperformed shorter-duration debt as the Fed’s comments helped push yields lower. High-yield bonds continued to rally, sparked by the more accommodative Fed and higher crude prices; however, high-yield healthcare bonds came under pressure after proposed changes to drug rebates re-emerged. Emerging markets sovereign and corporate credits also gained ground, although the Mexican peso fell for the first time in 10 weeks after news of a deceleration in the economy and the downgrade of Pemex, the Mexican state-run oil company.

Global stocks posted another week of gains, driven by a combination of solid economic results, good corporate earnings growth and a statement by the Fed that it would be patient regarding future interest rate hikes. Stocks saw their best January results in several decades.