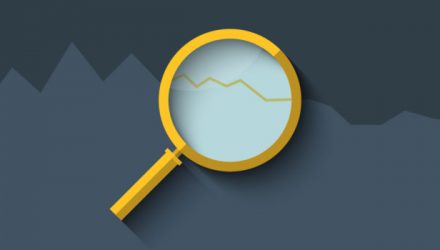 Retail sales looked to be the “big number” for the week, and they disappointed when released on Thursday, showing a much worse than expected decline of -1.2%. However, largely overlooked in the headline number was the fact that this represented a year-over-year increase of 2.3%. Regardless, stocks rallied anyway, up 2.5% (S&P 500) on the week as measured by the S&P 500.

There’s been a certain repetitiveness to the economic story of late, dominated by trade discussions with China, mixed messages from U.S. and European data, and Brexit. In the U.S. initial jobs claims continued to creep up even as the JOLTs Job Openings were meaningful higher, with 7.3 million job openings reported at year-end 2018. U.S. Industrial production was down, contracting the most since last May but the New York Empire State Manufacturing Index was up, suggesting expansion.

In Europe, the economic data was less than stellar, though U.K. retail sales were better than expected, and the French unemployment rate surprised by falling. Balanced against this was a lower than expected number for U.K. GDP and a more than forecast decline in that country’s Manufacturing Production. For its part, Chinese Import & Export data was much better than anticipated, suggesting that stimulus efforts were starting to have an impact. In Japan, the colorfully-named Tertiary Industry Activity Index missed estimates.

Back in the U.S., a reset of earnings expectations coming out of 4Q 2018 may be helping equity performance. With earnings season more than three-quarters of the way complete, S&P 500 companies have seen the best reaction to negative EPS surprises in nine years.

Last week’s rally was led by energy shares following a rise in crude prices. Industrial stocks were also up, with more positive trade news than negative over the week. For the year, the S&P 500 Industrials is up 16%, a top performing sector. The Nasdaq, for its part, continued to climb, up more than 20% from the December low. Defensives lagged as investors took a more “risk-on” stance. Utilities were the worst performers on the week (slightly higher interest rates probably played a part in their weakness) and communication services equities also underperformed.

In foreign markets, European stocks rallied, led by the cyclical sectors. Here, too, trade talk progress, dovish rhetoric out of the ECB and BoE and the potential that the ECB injects banks with fresh cheap capital/loans, were catalysts. As in the US, European defensives lagged. In Asia, Japanese shares appreciated due to mostly positive global macro headlines; earnings growth momentum seemed to subside, however, likely limiting upside.