You are at:Home»ETF Strategist Channel»Quarter in Review: Covid-19 Throws Investment Markets for a Loop 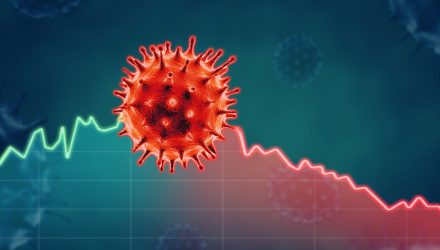 Quarter in Review: Covid-19 Throws Investment Markets for a Loop

“Let everything happen to you:

No feeling is final.”

The Quarter in Review

That was not fun. We discussed in our prior quarterly commentary that we thought the party had gone on a bit too long and those remaining were likely to have a bad hangover. At the time, we did not know how the party would end, but we’re glad we’d grabbed our coats and headed out the door.

The swift response globally to the Covid-19 pandemic threw the investment markets for a loop. The illiquidity in fixed income markets that we mentioned throughout last year, combined with other indicators of fragility we were seeing in the financial markets, caused many people to be unprepared for the sudden shutting down of most economic activity. So far, at their worst, equity markets were down more than 30% from their highs in the first quarter, making it the sixth worse decline in the past 92 years. The rapid bounce off the bottom, of more than 17%, was equally impressive. Volatility is back, which is not a good thing.

As we saw in the last two bear markets, there were few, if any, asset classes besides U.S. government bonds left unharmed. It has become customary over the past few decades to see all assets react to market turbulence by rushing to the exit at the same time. The past few weeks are yet another nail in the coffin of the concept that a well-diversified portfolio offers a calm port during an economic storm.

The nowhere-to-hide reality is why we have always advocated for holding higher levels of cash and cash equivalents when we anticipate turmoil. The first quarter of 2020 has only reinforced our commitment to this strategy.

The Fear Is Justified

We are in a period of great uncertainty, which, of course, brings about a fear of the unknown. When will Covid-19 cases peak?  When will we have a vaccine? When will unemployment peak? When will the economy get back to normal? When will my college-age kids get out of my house? No one knows, and the unknowable brings about high levels of stress and even a sense of despair when contemplating the future.

However, we should all keep in mind that this nation has faced great levels of uncertainty in the past, and, in all cases, the U.S. has come out of those situations stronger. We are long-term optimists and think the nation, once again, will be stronger after this period of uncertainty passes. However, it is important to consider the potential short-term and intermediate-term outcomes of the actions we are taking now as a country. They will drive the long-term outcome. For us, the best approach has been to consider various scenarios and watch with a rational eye.

“…the test of a first-rate intelligence is the ability to hold two opposed ideas in mind at the same time, and still retain the ability to function.” – F. Scott Fitzgerald

Though a first-rate intelligence may only need two, we, at Auour, need three…

In times of great uncertainty, we find it helps to sketch out different scenarios to challenge our biases and open our minds to different potential outcomes.

In this scenario, we assume the nation’s shelter-in-place efforts work, with cases peaking in early to mid-April and businesses opening back up in May. Unemployment peaks in the 10% range—it peaked at 10% in 2009 and at 11% in the 1982 recession—but falls dramatically as companies rehire. Federal stimulus fills the pockets of the neediest, and consumer spending returns to normal during the summer. Banks have adequate capital and lend freely, on the assumption that few clients are permanently inflicted. Investors look through this short, painful episode and return to pricing in a strong economy.

In this scenario, virus cases peak in late April but linger at material levels for the next few months. Shelter-in-place orders are slowly lifted with the degree of freedom driven by density and levels of past infection rates.  The federal stimulus helps to fend off the worst outcomes, but consumers come back slowly as weak businesses close their doors for good. Others cautiously open in June, as testing becomes more widespread and treatments in trial show promise. Unemployment stays elevated as businesses focus on survival over growth. The Federal Reserve is able to mitigate a financial crisis, but banks are wary to lend, causing a slowdown in home and auto sales. Demand doesn’t return to past highs this year, and companies adjust to a lower, slower recovery. Markets take the summer and fall to adjust to this, marking a bottom in the fall, while the economy bottoms in the spring of 2021 (note: investments markets have traditionally bottomed 6 months or so before the economy as markets are forward looking).

The global pandemic softens in the summer months, but, with still inadequate testing and no cure for Covid-19, fears mount that, much like the Spanish Flu in 1918, the fall will bring a second, significant round of deaths. Cases surge again in countries that were thought to have been successful at mitigating the virus’ spread. Federal stimulus efforts are abundant but do not offset the reduced consumer demand. Increasing levels of government debt crowd out productive private investment, leaving many companies at risk of default. Financial crises across the globe become evident, with fears growing that this recession will be another 2008-like (or worse) event. Restructurings become normal, accelerating the downshift in consumer spending that was already occurring. Once well-known brands disappear.

We offer these three scenarios with no clear sense of which is most likely to occur. Instead, we look to them as templates for a thought experiment about best, base, and worst cases. Too many variables, across too much geography, prevent anyone from having a true view of the likely outcomes. Now is not the time for a rigid approach or dogma. Now is a time for being nimble and flexible.

In our prior quarterly commentary, “Leverage” we discussed at length the high levels of corporate and personal debt in the system. Leverage was high in the investment world, as well as in the corporate world. With economic activity grinding almost to a halt today, corporate revenues are declining significantly, yet debt servicing is unforgiving. We are in a period where corporations, large and small, are struggling, and, without a quick recovery, more and more companies will experience permanent damage. Rather than rehash our rather depressing fourth quarter commentary from last year, we will merely state that this episode does not appear to be ending soon.

We do not pretend to have a crystal ball. Instead, we watch many signals to gauge a return to normality and, at this time, we do not see them. Credit markets—a significant factor we watch closely—are still very stressed. Large, healthy companies are still able to borrow, but the rates are higher than normal, and the market is still closed to those that need it most. Investors continue to cherish cash, which is not a sign of an enduring recovery.

Forecasting economic outcomes is precarious. Forecasting a pandemic is even harder. So, we won’t. Undoubtedly, the pandemic will determine the world’s economic path, but our attempts at modeling what that path might look like have been futile. The available data are too poor, and there are too many variables.

Instead, we can look to those countries that entered this period of instability first, as well as to those that have shown a greater ability to deter its progression.  Neither views warrant optimism: In China, where cases are now decreasing and where a literal lockdown was enforced, the road to recovery has been slow, with many aspects of its economy running only at 50% to 75% of pre-pandemic levels.

South Korea, a country that aggressively confronted and controlled the virus’s spread, continues to show low levels of new cases, but with growing fears that Covid-19 may re-emerge. We hope that does not suggest a new normal.

We need to separate the prognosis for Covid-19 from the prognosis for the economy. We agree with Dr. Tony Fauci, “We will get over this and this will end.” However, his bedside manner as it pertains to the virus will likely be better than ours for the economy. Although we are optimistic about human ingenuity finding a solution to the virus, we fear that the government and central bank’s financial medicine will take time to defeat the economic illness this virus has caused.

Our signals suggest the recent market recovery is not built from real strengthening in the economic fundamentals. Instead, it appears to be driven from a relatively more optimistic view of the virus’ impact on human life than we had several weeks ago. The economic damage done and the pace of recovery are uncertain, and they depend on how consumers adapt to a changing environment. We at Auour moved to an even more cautious stance as the market rebounded in late March; our strategies currently hold cash and short-term bond levels in the 55% to 75% range. We hope all stay safe.