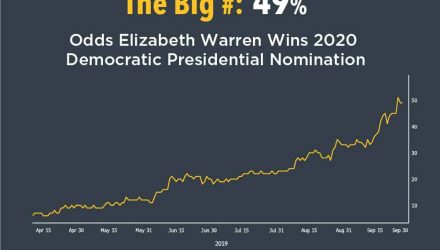 That’s the current chance that Elizabeth Warren will win the 2020 Democratic Presidential Nomination, according to PredictIt.

U.S. political jockeying elbowed its way to center stage, topping U.S.-China trade talks, as the Speaker of the House, Nancy Pelosi, announced the start of an impeachment inquiry into President Trump. Odds that Elizabeth Warren will be the Democratic presidential nominee are now almost 50/50, up from around 1 in 3 on August 31. 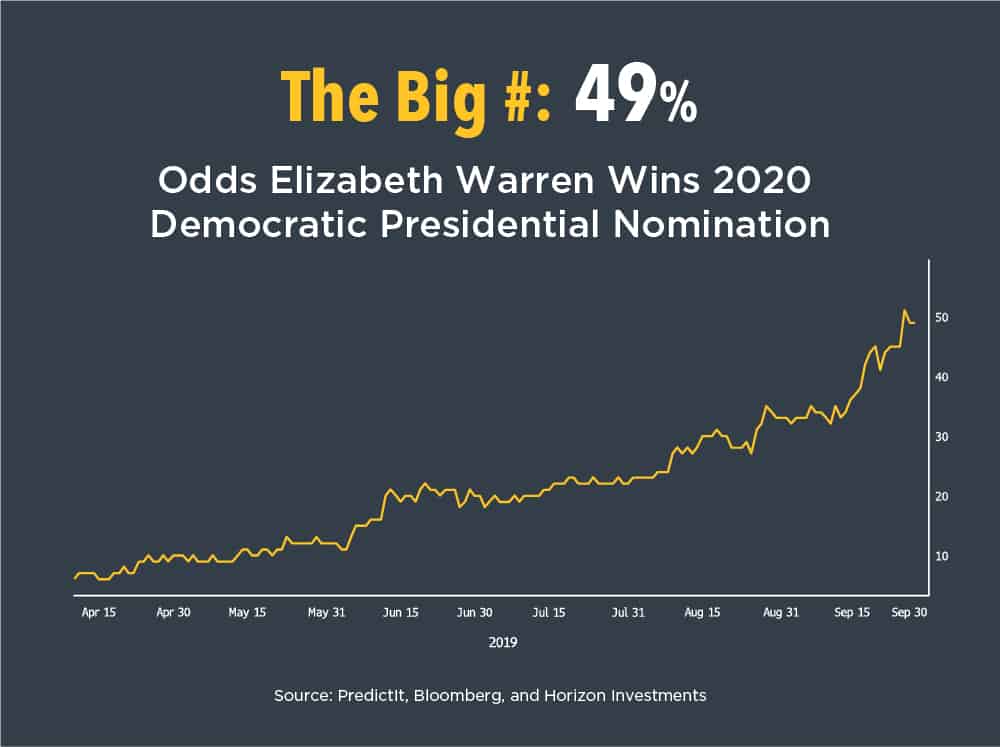 Both stocks and bond yields moved lower on the week. The S&P 500 was down 1% while yields on 10-year Treasuries fell 4 basis points. The CBOE Volatility Index (VIX) and the U.S. dollar, barometers of risk, ended higher.

Markets don’t like uncertainty, and the contentious political climate just got a whole lot worse, all but ruling out bipartisan cooperation on any major initiative. While impeachment was in the headlines, investors were also watching the U.S.-China trade talks where there was little movement for now.

The U.S. jobs report on Friday will be a major data release, especially after some weakness was seen in the U.S. consumer numbers last week. U.S. and European Purchasing Managers’ Index (PMI) surveys on Tuesday and Thursday will provide an important look at global growth. As the impeachment process takes hold, markets will be keenly focused on testimony and the timeline.