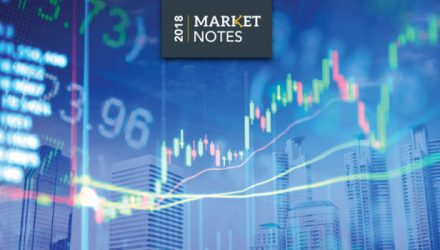 Global stock markets were generally flat for the week, despite some ups and downs around various corporate earnings announcements and geopolitical developments. Overall, markets at the moment seem to be range-bound with little direction. Small-caps performed well relative to large-caps, in part because they face less big-picture headline risk than do large-cap stocks. Growth stocks also outperformed value stocks for the week.

In the bond market, there was little separation between sector returns. The 10-year U.S. Treasury yield remained below 3% and much of the recent economic data has been mixed—suggesting that the Federal Reserve Board may be able to take its time making monetary policy adjustments. We continue to favor corporate credits, but are a bit more neutral on duration.