You are at:Home»ETF Strategist Channel»Looking for Risk in all the Wrong Places 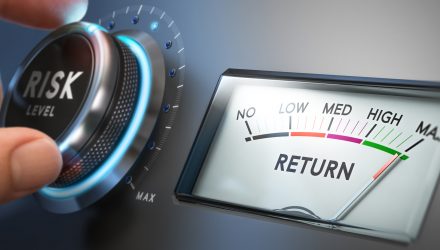 Looking for Risk in all the Wrong Places

Disregarding or rationalizing deteriorating fundamentals tends to result in higher than expected volatility. Investors generally ignored the deterioration in housing fundamentals prior to 2008, ignored the deterioration of technology fundamentals prior to 2000, but are eagle-eyed regarding every aspect of today’s equity market. It’s hard to argue that investors are potentially overlooking equity market risk because the data universally show that a broad array of investor classes remains skittish toward equities.

We’ve repeatedly commented that investors are largely ignoring the growing risks in the fixed-income markets. In fact, investors have continued to allocate to fixed income despite that bond market fundamentals have been deteriorating and bonds have been underperforming for more than two years (see Chart 1). When comparing asset class returns since mid-June 2016 (when inflation expectations troughed), only bonds have provided negative total return. Bond investors haven’t seen significant negative returns (yet?), but the opportunity cost of investing in bonds instead of other asset classes has been dramatic (see Chart 2). Inflation risks continue to increase, but fixed-income investors enthusiasm continues unabated. Enthusiasm for an asset class in the face of deteriorating fundamentals seems a classic setup for a significant bear market in bonds. For more on the large and growing risks to fixed-income, see our report “Overheating Ahead”.

Looking for risk in all the wrong places

Marginal borrowers tend to have financing problems when global liquidity dries up. Global liquidity is ample, but is indeed starting to recede. Accordingly, weaker companies and countries are beginning to have the funding problems that accompany the withdrawal of liquidity from the global financial markets. The potential funding issues faced by Turkey and others seem quite normal within this context. Investors have become increasingly worried whether emerging markets can meet their debt obligations. Some of this fear is normal, but some seems to be looking for risk in all the wrong places. Chart 3 shows CDS (credit default swaps) spreads for Argentina and Turkey. The rapid increase in the cost of default protection reflects a genuine fear that the significant depreciation in these countries’ currencies will make it substantially more difficult for them to meet their US dollar-based obligations.

The contrast between investor fear and market-related data is even more pronounced in Chart 5, which shows the CDS spreads for China and the US. Despite all the hoopla regarding trade barriers, etc. CDS spreads for China are narrower than are those for the US!! We are not suggesting that China is a better credit than is the US, but investors again seem to be looking for risk in all the wrong places. The situations in Argentina and Turkey seem considerably more isolated than investors’ fears and headlines would indicate.