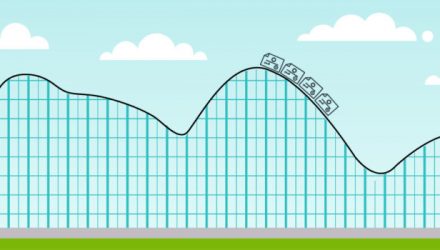 Prices on U.S. goods and services have generally been rising at roughly the pace investors expected, according to the latest inflation data released last week. For example:

CPI (which measures consumer inflation) rose by 2.3% during the 12 months through September—just slightly lower than anticipated.

Core CPI, which excludes the often-volatile food and energy sectors, was up 2.2% year-over-year—in line with estimates.

Additionally, the PPI (which measures the wholesale costs of goods and services) was up 2.6% over the past 12 months, as expected.

The one outlier: The cost of goods imported into the U.S. rose much more than expected.

In Europe, German industrial production disappointed—but the same indicator in the UK exceeded expectations, helping the continent as a whole beat estimates. Other UK data—such as GDP growth and manufacturing production—fell short of forecasts, however. In Asia, a mixed bag: Chinese import growth was weaker than expected, while Japan’s PPI was higher than predicted. Meanwhile, Australian business confidence topped estimates while the country’s home loan growth disappointed.

Global equity markets saw significant losses and volatility last week, fueled largely by the previous week’s sharp rise in U.S. interest rates that prompted investors to reassess their outlook for the economy and the equity markets. In the U.S., market indices suffered their worst weekly returns since March. Defensive sectors such as utilities and consumer staples fared best, while cyclical sectors such as materials and industrials were the weakest performers.

European equity markets also tumbled, as concerns about Italy’s budget continued and after Germany cut its growth expectations. Japanese stocks also suffered in the wake of U.S. market losses and as more investors began to fear the negative effects that a trade war could potentially have on corporate earnings.