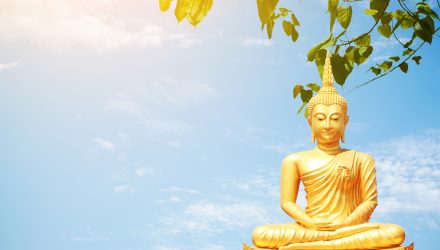 Is the Golden Age of Emerging Market Investing Over?

1) Economic liberalization may be running into deadlock.

After the Cold War, many emerging market countries adopted economic liberalization policies with the goal of making the economy more market-oriented and expanding the role of private sector and foreign investments. Examples were China’s economic reform, Russia’s privatization and India’s economic liberalization. The economic performance had been impressive, especially in China, which grew at a double-digit rate for over two decades. China’s massive infrastructure investment and rising consumption also benefited other resource-rich EM countries like Brazil and Russia.

Related: Is the Record Stock Buyback a Troubling Sign for Continued Economic Expansion?

2) Globalization is on retreat.

After the fall of the Berlin Wall, the US and its western allies had tried to achieve their strategic goal of world integration by promoting free trade, globalization and more democratic political systems. However, those efforts did not generate desired outcomes for many developed countries. In the US, the loss of manufacturing jobs, the disappearance of the middle class and increasing income inequality, brought about resentment against the globalist elites, which resulted in the election of Donald Trump as President.

Trump’s protectionism trade policy, which intends to rebuild the American manufacturing industry and protect American jobs, was a big step back from globalization. EM countries, especially China, which benefit a lot from the current trade order, may face many challenges while trying to maintain growth under the export-oriented development model. For example, China exported $433 billion to the US in 2017, which accounted for 3.5% of its GDP. The trade war with the US, if not resolved promptly, could slow down China’s economic growth quite significantly.

3) Nationalism, populism and authoritarianism is on the rise.

In addition to the economic problems in the developed world and economic slowdown in the EM countries, terrorist threats and resentment against establishments gave rise to nationalism, populism and authoritarianism across the globe. Russia, China and Turkey have become more or less authoritarian regimes. These countries are pursuing populist and nationalist agendas. The annexation of Crimea by Russia, anti-graft campaign and island-building in South China Sea by China and the war on drug in the Philippines, are all examples of the movement.

The western world also saw the rise of nationalism and populism.  Trump’s “America First” policy, Brexit and election of Italy’s populist government are just a few examples.  This nationalism sentiment may make it more difficult for countries to cooperate economically, politically and militarily. The damage to the emerging market economies could be more severe because EM countries are more dependent on developed countries to provide investment, technology and market access for  their developments.

Related: Are We Entering an “Everything Bubble”?

Considering all these internal and external challenges, we expect the economic growth will continue slowing down in EM countries. The EM equities may continue underperforming even though their valuation may be more attractive than US equities. Political risks, currency devaluation and slower economic growth are likely to make EM equities less attractive. We do believe the golden age of EM investing is over or might have already ended in 2011.