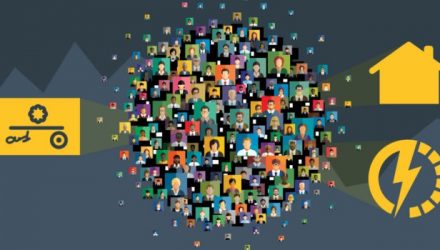 Last week saw mixed signals once again for the U.S. economy. On the plus side:

In Europe, manufacturing PMI data exceeded expectations in Germany, the UK and for the continent overall. (Italy’s manufacturing PMI fell short of estimates, however.) German factory orders grew—despite a predicted decline—but that development was somewhat offset by surprise weakness among industrial production. In the UK, both construction PMI and home price data disappointed.

In Asia, The Caixin/Markit services sector PMI in China topped expectations, driven by the Chinese government’s recent economic stimulus efforts. Household spending in Japan declined for the second consecutive month—a negative surprise, as investors had predicted a spending increase. In Australia, retail sales were in line with estimates.

The U.S. equity market leaned more defensive as stocks came under pressure, with sectors such as utilities and real estate outperforming. The financial services sector underperformed significantly, due to the compression of the yield curve along with subdued to negative comments by bank executives about the outlook for the sector. Additionally, the industrials sector fell on trade worries and concerns about the possibility of weak global economic growth going forward.

European equity markets also slumped as trade tensions continued to weigh heavily. Protests in France, friction over the Italian budget plan and Brexit worries in the UK also contributed to the negative investor sentiment during the week.

Asian markets were more mixed. Japanese stocks were weak, again due to fears about the impact of a lengthy trade war between the U.S. and China and because of an increase in the country’s sales tax. Chinese shares managed to generate a slightly positive return, however—despite trade concerns and the arrest of a prominent Chinese executive in connection with a potential U.S. national security violation/threat. Emerging markets overall were down, but they fared better on the whole than developed markets.