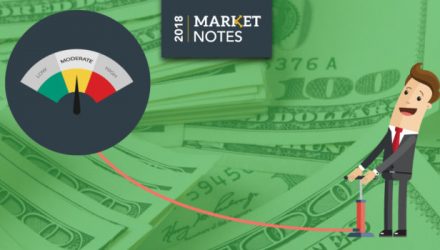 Optimistic consumers and lower-than-expected inflation characterized much of the economic news in the U.S. last week.

The University of Michigan Consumer Sentiment gauge for September beat expectations by a wide margin—hitting its second-highest level since 2004.

The wholesale costs of goods and services (as measured by the Producer Price Index) fell in August, despite market watchers expecting an increase.

Consumer prices (as measured by the Consumer Price Index) rose in August, but at a slower pace than anticipated.

In Europe, better-than-expected results were seen in UK GDP, wages and employment claimant data. However, UK industrial and manufacturing production declined (versus an expected improvement). While the European ZEW economic sentiment gauge was better than expected, industrial production across the region was surprisingly weak.

Asian economic data was also mixed. Manufacturing conditions in Japan were weaker than expected in the third quarter along with softer-than-expected industrial production in July. In China, fixed asset investment was only 5.3% in August—the lowest level in almost 2 decades, and quite remarkable given the latest stimulus efforts. The good news for China: Industrial production accelerated at a higher rate than expected, retail sales exceeded estimates, and unemployment figures fell for the first time since March.

Energy stocks benefited from a rise in oil prices and from Wall Street analysts becoming more constructive on the space.

Financials stocks lagged after some management teams’ comments indicated that loan growth and margins are likely to be softer than expected.