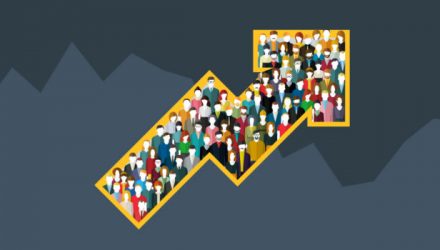 2019 began with strong—albeit very mixed—signals about the health of the U.S. economy:

The ISM Manufacturing index in December grew at the slowest pace in two years as demand for manufactured products softened. The slowdown surprised investors, sparking nervousness that the economy may be decelerating more than expected.

In Asia, all eyes were on China’s manufacturing PMI—which fell below consensus and actually contracted for the first time in 19 months. However, other measures of the Chinese economy—such as China’s non-manufacturing PMI—exceeded estimates and still indicate expansion.

The U.S. equity market enjoyed its second consecutive week of positive returns—a welcome change from results during much of December—with the energy and communications services sectors leading the pack.

Communication services was buoyed by positive comments from industry analysts suggesting that some quasi-technology stocks within the sector may offer a better risk/reward profile than other mega-cap/FAANG stocks. In addition, telecom and cable shares benefited as investors took a more optimistic view that these companies can continue to increase revenues despite a declining subscriber base.

European equity markets also rallied at week’s end on improving macro sentiment, after a volatile few days following downbeat economic signals from the U.S. and China. Cyclicals such as energy shares were positive standouts after a weak ending to 2018 (the energy sector posted its worst quarterly return in four years during the fourth quarter). Financials also outperformed. The technology and consumer staples sectors lagged, however.

Asian markets lagged the U.S. and Europe for the week. However, timing likely played a bigger role than usual: The Japanese stock market was open only on Friday last week, due to an extended New Year’s break in trading, and closed before the improvement in investor sentiment following the strong U.S. jobs report. Emerging markets continued their recent outperformance, with large emerging markets countries such as Brazil benefiting from optimism that its recently elected president will implement business- and economic enhancing reforms.

In the fixed-income markets, longer-duration securities tended to outperform shorter-duration debt. Riskier credits like high-yield bonds benefited from the shift to a risk-on market view at the end of the week. The bounce in oil prices also helped the high-yield sector, as a large percentage of high-yield issuance comes from the energy sector. Emerging markets sovereign credit delivered another week of positive performance, boosted by many appreciating emerging markets currencies. Emerging markets corporate bonds underperformed sovereign debt, but also gained ground for the week.