You are at:Home»ETF Strategist Channel»International Stocks: Cheap, But Not Working 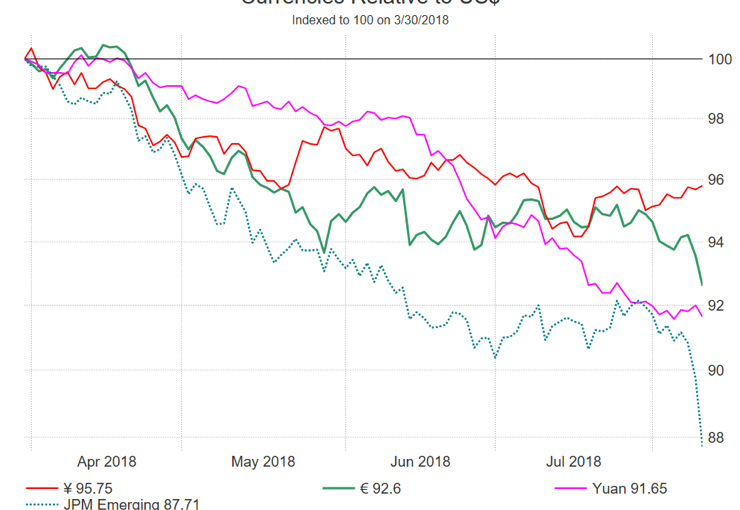 International Stocks: Cheap, But Not Working

Last week we further reduced our exposure to international markets in our shorter time-frame portfolios and invested the proceeds in U.S. stocks. This was a risk management trade reflecting their continued relative underperformance. Two inter-related things are working against non-U.S. stocks in dollar terms:

THE DOLLAR HAS RISEN SINCE THE END OF Q1:

Following a 15 month rise by most foreign currencies against the U.S. dollar from January 2017 until March 2018, all of the currencies shown in the chart below (Japanese Yen, Euro, Chinese Yuan and a basket of emerging market currencies) have fallen, with the most dramatic declines seen in emerging market currencies. We attribute this to uncertainty surrounding global trade, and high visibility of stronger growth in the U.S. as the result of lower taxes and de-regulation in 2017. 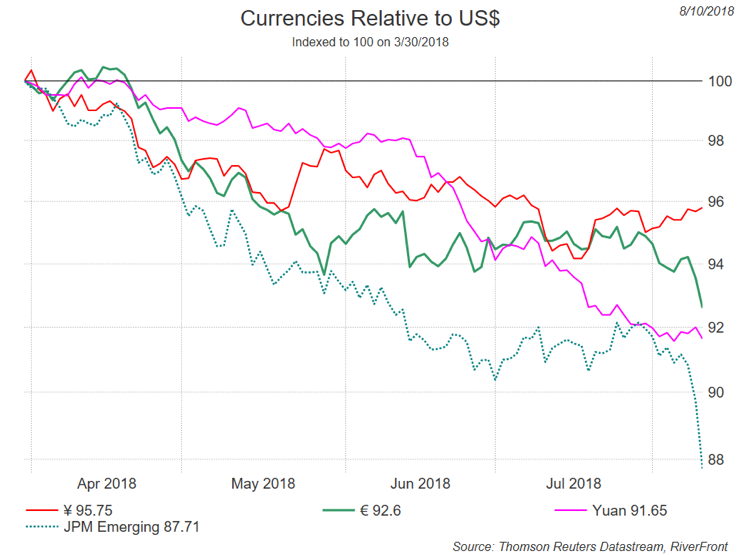 Past performance is no guarantee of future results.

A U.S. holder of non-U.S. investments has two components to their return; the price of the investment and the exchange rate. We have observed that outperformance of non-U.S. markets (in dollar terms) tends to occur during periods when the dollar is either moving sideways or down. During periods of dollar strength, U.S. markets are much harder to beat. We had a trading range view of the dollar for 2018 and so the magnitude of the dollar’s strength, especially against emerging market currencies has surprised us.  We expect the dollar to weaken if the trade disputes are favorably resolved and when U.S. growth starts to slow.The former may not occur, though we think it will. The latter is probably a 2019 story.

Turkey was in financial trouble well before President Erdogan and President Trump started fighting over extradition issues, which led to threats of sanctions. The Turkish lira has fallen 42% in 2018 and lost a fifth of its value versus the dollar just last week. While European banks do have some exposure to Turkey (more than other global banks) the market’s reaction on Friday suggested to us that traders and leveraged investors were bailing out. There will likely be an opportunity to return to the markets that are getting hit the most, but for now we are respecting the trends.

While our strategic preferences are mostly driven by relative value, our risk management discipline is mostly driven by price momentum. Therefore, we tend to have the biggest allocations to asset classes where value and momentum are aligned. This was the case for international stocks in 2017, but momentum has swung back to U.S. stocks in 2018 and we have responded accordingly, lowering our exposure to international stocks 5 times since the end of Q1.

THE WEEKLY CHART: RELATIVE UNDERPERFORMANCE BEGAN IN MAY 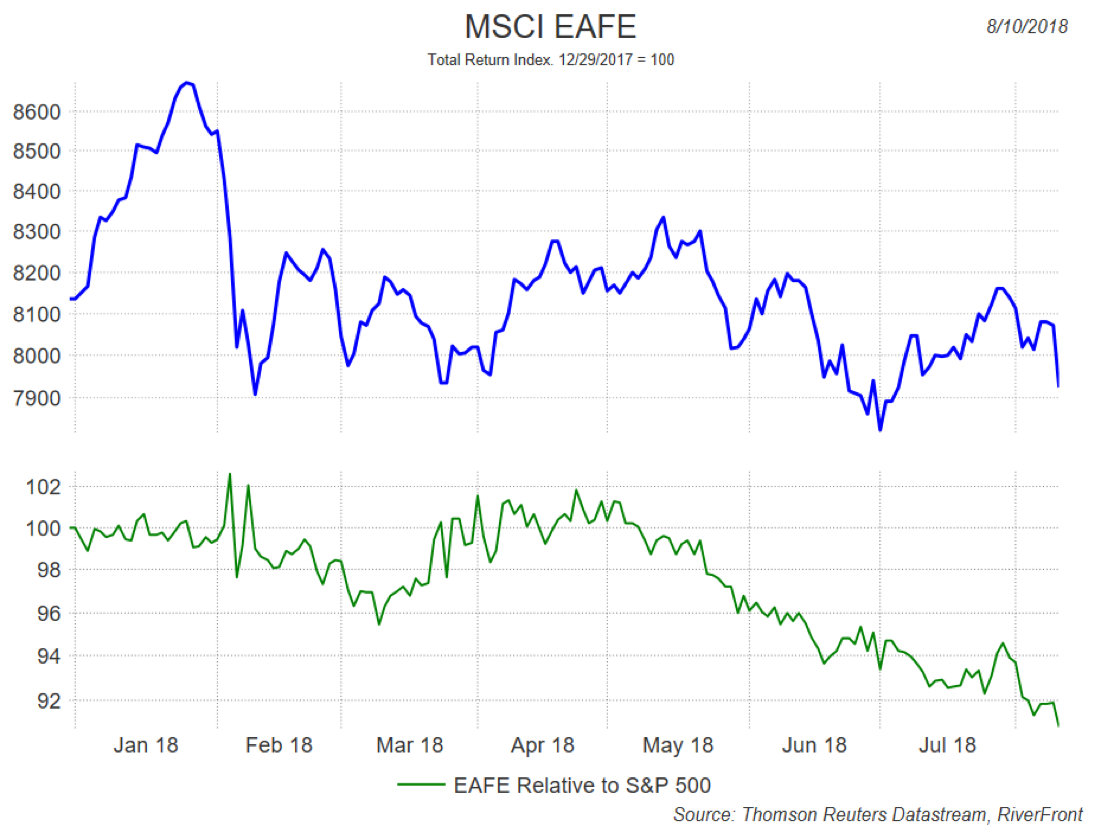