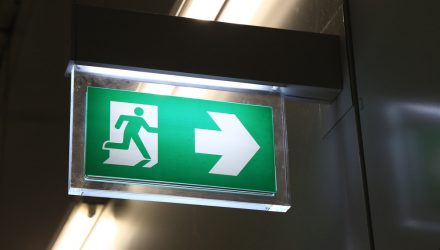 In Case of Emergency, Induce Vomiting

The eponymous Emergency is inflation. The patient is the U.S. (and for that matter, the whole world) economy, the inducers (doctor? mother?) are the central banks, the Syrup of Ipecac being forced down the throats of the hapless patient is the raising of those pesky interest rates, and the capital markets are…well…

When will things get better? …is what everybody wants to know. Considering that the patient was, in our view, otherwise in pretty good health as inflation began its onset, we are still at the beginning stages of monitoring and evaluating the effects of the problems we expect it to cause, and of the consequences of administering the medicine. The actual problems associated with inflation take time to develop, but they have begun to manifest more alarmingly lately, as we see it. The market reaction happened more immediately and quickly.

The current evaluation revolves around a few questions. The answers, by the way, are unknown to anyone, but that doesn’t stop the experts from giving them anyway.  Prognosticators will prognosticate. The one that feels hardest on the constitution is, “Where is the market bottom, and when?” This is closely followed by, “Are we in a secular bear market, or are we in a cyclical bear market (AKA a correction) within what was, up until recently, and may still be, a secular bull market?” The third question is, “Is the U.S. going to have a recession or not?”

Herein, we will share GLOBALT’s perspective and answers to those questions, which we stress upfront, are not definitive. We will tie this view to the current positioning of our asset allocation strategies.

Better pack a lunch. This may take a fair amount of time to unfold and work through. One thing we believe we can count on for sure is continued elevated levels of volatility (both upside and downside) until there is better visibility/clarity on these questions. In preview, the answers depend heavily on the path of inflation, the path of the Fed, the path of Russia’s war on Ukraine and of China’s COVID policy and of COVID generally in the world (think supply chain, among other things), and the ultimate resilience of consumers and businesses.

Which market bottom? The one everyone thinks (hopes) is close at hand but which may not be the “final” one? Or the more long-lasting one, which we don’t revisit maybe ever? The hope is that the bottom that is nigh will be one and the same as the longer-term one. It is possible that could happen, but a lot would have to go right. The evidence is mixed.

Let’s focus first on the longer-term one. Sell-side firms like to trot out their views on this and most seem to refer to valuation levels, percentage declines from the top, duration of time, aggregate cash levels, and sentiment. That’s fine as far as it goes, but it doesn’t go very far in our view. We highlight below a couple of ways to contemplate a longer term, more negative workout. This is one piece of evidence we consider, but it is not the final arbiter.

Markets have tended to bottom when the economy bottoms. The data points that support this are indicators that lead (statistically speaking, based on history) by anywhere from four months to two years, including ISM prices paid, interest rates, housing, and new orders. None of the “bottoms” they point to are even close at this point, with the earliest in June of 2023 and others indicating late 2023 and possibly beyond.

Another indicator we consider is when the Fed pivots its language, but sometimes market bottoms were not reached until the Fed had actually stopped raising rates and begun lowering them. No one knows what the Fed will actually end up doing this time around, but they have not reversed their hawkish language yet, and markets currently are not discounting the first rate cut until mid-2023.

This is not to say that these indications of today are going to end up being correct, but this is a useful framework for perspective on the downside for a longer workout.

How much will the drawdown from top to bottom be? There are a couple of ways to approach the answer to this as well. One is just to look at historical ranges and averages for drawdowns, and another is to try to estimate what the level of earnings will be at the bottom, and what the valuation (the P/E multiple) will be that is placed on those earnings.

If you want to add nausea to your condition, you could reference 1929 or 2000 or 2007-2009 if you like. But that was then, and this is now, and the applicability is limited. Probably more useful is the averages which are about -33% for late-cycle/recessions, and about -18% for mid-cycle slowdowns. None of the major U.S. indices have reached the former, but all have already reached the latter (with the exception of the value components).

As for estimating the price level of the S&P 500 potential bottom, a simplistic method is to pick an earnings number and a P/E number. For example, understanding it could be better or worse, later or sooner, one can estimate a year-end 2022 price target based on a 2023 S&P EPS estimate of $230 (down from the mean estimate today of $251) and a P/E of 14X (also lower than today), which gets you to $3,220. We are not endorsing those numbers, but they do put downside in perspective. That would bring the decline for the year to about -32%, and there could be more to come after that depending on how things develop.

What about countertrend rallies? These do happen but are even more difficult to predict, from when they start to when they end and how much they go up. By some estimates, since the year 2000, these have ranged in the past from 7%-24%. The set-up is in place to get one of these any time now, in the form of very depressed investor sentiment. The catalyst that sparks one, however, could be any number of things, is very difficult to see with any certainty in advance, and is sometimes difficult to identify even in hindsight.

Would you like a recession with that? From what we see, Europe has a high likelihood of going into recession, and global recession in 2023 is also a possibility. The opinions seem to be more evenly split about the path of the U.S. How this ends up resolving, though, will potentially have a significant impact on corporate earnings and the severity and duration of any earnings contraction, which will, in turn, impact both the level of earnings finally reached, and the valuation placed on them.

Thus far, it appears that a full-blown deep and long U.S. recession has not yet been priced in. Since average S&P 500 earnings estimates for 2022 and 2023 have not yet been cut, it is fair to say that all of the correction in stock prices has come from a significant valuation adjustment. According to FactSet’s Earnings Insight report, the forward 12-month P/E on the S&P500 has come down from just north of 23X in mid-2020 to just 16.6X as of May 12th, a level more consistent with the five years prior to COVID. Whether or not we have a recession will likely be a major determinant as to whether or not this correction will just be a correction, or if it will turn out to be the start of a secular (prolonged) bear market. We stress that the evidence is still mixed in this regard.

“-ish” is a great suffix. For just about anything (How are you feeling today? Ok… ish) but particularly when Chair Powell applied it to his goal of a soft landing. He has said that he thinks the Fed can manage for the U.S. economy to have a soft landing. ish. It’s a powerful message. It does not mean save the economy at any cost.  It, we think, is intended to mean whip inflation now at any cost. ish.

We shall see.  Inflation may go a long way to fixing itself without any help (ish) from the Fed. The Fed is making sure everyone knows that it is on the job doing its part. It will be crucial how they react if and when the economic and profits contractions start, which will, in turn, impact the nature and timing of the stock market correction.

Market positioning has changed markedly since the beginning of the year. The most crowded trade for quite some time was technology before the calendar turned to 2022. Now it is energy. Cash levels were at low levels, now they are at high levels. Utilities, healthcare, and staples were underweight and are now increasingly overweight. The consequences for chasing crowded trades has changed, seemingly, as well, from being rewarded to being volatile.

GLOBALT’s positioning remains consistent with our view of the current risk spectrum. As uncertainty increases, we move closer to our benchmarks. The threshold for making changes increases, and the weight of the evidence required becomes even more important. Our current interpretation of the weight of the evidence does not give a clear enough signal as to whither inflation, recession, or earnings, and therefore correction versus secular bear market, and we are not going to jump the gun.

We are market weight equities with a minimum weight in non-U.S., and overweights in U.S. and in large and mid-capitalization and in growth. We are underweight bonds, underweight credit, and are neutral duration on a benchmark basis. We are overweight cash and have a significant position in gold.