You are at:Home»ETF Strategist Channel»How to Be the Marvel of Investing: What I Learned from Stan Lee 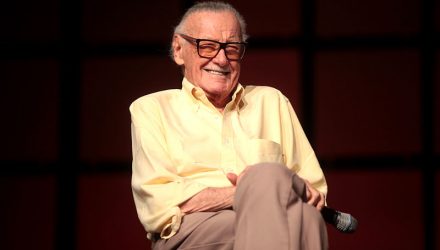 How to Be the Marvel of Investing: What I Learned from Stan Lee

By Helios Quantitative Research on November 22, 2018

Unless you’ve been living under a massive rock, you have probably heard about the recent passing of famed Marvel Comic Book creator, Stan Lee. As a financial enthusiast, I assume you have also read of how his estate has been mishandled, with vultures swarming the estate of a senior man in his mid-nineties. There are many articles written by armchair trust experts circulating the web who are determined to highlight the problematic nature of Stan Lee’s financials. This is not one of those articles. For one, human error can only be mitigated to a certain extent (Michael Jackson, Prince, Princess Diana, Marlon Brando, etc.) and two, I think it’s tacky to piggyback off the death of someone for even one extra click. Therefore, let’s remember Stan Lee as someone who taught us about heroes, villains, and most importantly, ourselves. Of course, you’re here for investing, so let’s see what Stan Lee’s stories can teach us about becoming better investors.

What’s unique about several of the characters created in Stan Lee’s Marvel Universe is that many of the heroes and villains symbolized the author himself. Heroes battled with insecurities just like villains would, and the tethering of these vulnerabilities would ultimately create an odd bond between the two characters.

“Just because you have superpowers, that doesn’t mean your love life would be perfect. I don’t think superpowers automatically means there won’t be any personality problems, family problems or even money problems. I just tried to write characters who are human beings who also have superpowers.”  – Stan Lee

If we made a Venn diagram of almost any Marvel hero and related arch-nemesis, the overlapping area would almost always represent Stan Lee. Dualities are cute, but the truth is that grey areas define the depth of any macro or micro story. In the end, sometimes it’s hard to see who exactly the villain is, and who the hero is! Is the hero with passive investing in Jack Bogle or the active quant in Clifford Asness? Perhaps the hero lies in value investing with Warren Buffet, or rather growth investing with Peter Lynch? Who is the hero and who is the villain? The answer is YOU. You are both the hero and the villain of your investing style and accepting that grey areas exist will save you a lot of pain. It’s one of the beautiful struggles of the human condition.

How do we remove the villains from your path creating long-term wealth like a hero? What’s best is to understand what Stan Lee taught us; if you want to win, you’re going to need a team with a unique set of attributes. Many investors head to an investment advisor’s office thinking that they are some oracle of [insert your hometown]when instead they should think of an advisor as a coach to bring you good ideas and mute the dumb ones. Of course, regretful ideas never present themselves that way until the context is provided from a third party. It’s the same reason why I have someone else look over my work before publishing it, as my subconscious assumptions hide obvious typos. Therefore, an advisor is someone who helps the investor/hero create a plan of how to defeat the villainy of unwanted outcomes. Even the great investors I listed off have a mentor. Warren Buffet has Charlie Munger, Clifford Asness had Eugene Fama, Elon Musk has the SEC, who do you have?

Now that you have found your mentor and built a plan, it’s time to determine if your mission is a solo or team effort.  Are you going to diversify your approach, or concentrate all your efforts (and risk) in one grand attack? Are you going to repeat the failures of your past, or adapt and build off the knowledge you’ve gained?

Whichever the path you choose, you can be certain that the biggest enemy you will face is overconfidence, or unwarranted optimism. For example, 2017 really did a number on people, as late cycle performance across the globe contributed to one of the greatest years of all-time. You would have to search far and wide to find someone who didn’t make money last year as nearly every major asset class was positive. Of course, many people anchored their expectations of returns to 2017 type of figures and increased their risk appetite accordingly. Unfortunately, 2018 had no plans of continuing the trend, and those who adjusted to a higher risk appetite have now become their own worst enemy. Look at the chart below which highlights the contrast in last years performance compared to YTD through 2018.