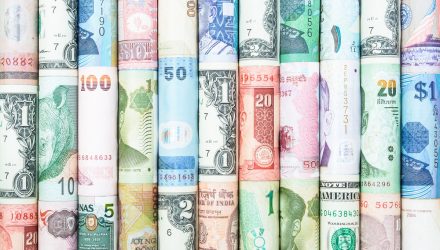 Other countries currently in the Country First fray include some of last year’s worst performers as well as some ex-US standouts.

Eclectic and arguably, to some extent, controversial. Last year, the iShares MSCI Turkey ETF (NasdaqGM: TUR) plunged 41.50 percent amid a currency crisis and strained geopolitical relations with the U.S. Thanks to tumbling copper prices, among other factors, the iShares MSCI Chile Capped ETF (CBOE: ECH) shed 19 percent in 2018.

While 2019 is in its early innings, some of last year’s laggards are rebounding. The Turkish government has also implemented a new economic program with lower growth targets as a response to the current market environment. TUR is up 13.50 percent year-to-date while ECH is higher by 9.50 percent.

Another cornerstone of Accuvest’s Country First strategy is to not be reactive to events like Brexit or shifts in monetary policy by global central banks. Rather, Country First lets the data lead the strategy, which bolsters consistency.

“Clearly, the last 5 years have been a time to try to get the macro calls correct,” adds Garff. “That said, we don’t really focus on things like Brexit, or try to predict changes in monetary policy.   We have to let the data lead us to the best relative value opportunities.  That’s the only way for us to have a consistent, disciplined and repeatable process in what has become a pretty wild global equity market.”