You are at:Home»ETF Strategist Channel»Global Stocks Rise for the Week 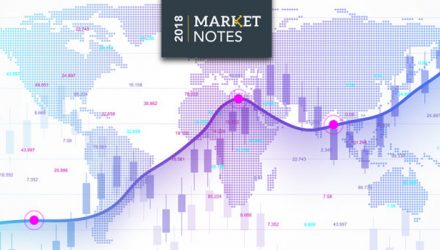 Global Stocks Rise for the Week

Expectations for future market volatility fell sharply last week, as investors became less worried about the possibility of a military strike against Syria (as well as other issues). The Risk Assist portfolios remain modestly de-risked, as they have been since early February, and the portfolios have avoided being whipsawed by the recent market volatility thus far.

Bond yields across the curve rose last week, pushing bond prices lower, as investors took a more risk-on positioning. The return spread between global stocks and broad-based bonds was more than 2% for the week, in stocks’ favor. On a trailing one-year basis, that spread is currently more than 17%—even in the wake of the elevated equity volatility recently.

Inflation data, as measured by the Consumer Price Index, was slightly weaker than economists’ expectations. However, the rate of increase in the CPI was higher than it has been in recent months—at 2.4% on a year-over-year basis. Meanwhile, core CPI (which ignores the volatile food and energy segments of the index) hit a 13-month high of 2.1%—in line with expectations. Although the CPI is an important inflation gauge, remember that the Fed’s preferred inflation measure is the PCE—which rose by just 1.6% (year-over-year) in February.

Yield-focused investors benefited last week. Master limited partnerships were up more than 3%, driven largely by rising oil prices, and high-yield bonds gained more than 1%. That said, REITs were down more than 1% as yields rose.