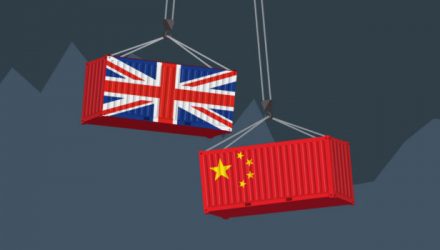 It was a mixed week for economic data, and markets reacted accordingly, with U.S. equities up slightly and Europe and Japan lagging. For the U.S., it was the fifth straight week of positive returns.

On the downside, factory orders disappointed, missing expectations, and jobless claims were up more than expected, though they remained low by any historical measure. The better news: crude inventory levels were lower than anticipated and the U.S. trade imbalance showed some improvement. Fed Chairman Powell continued to showcase his new market awareness in an early week conversation with President Trump, calming markets by sticking to the investor-friendly “data-driven” policy script.

Around the world economic data was mixed as well with German Industrial Production and Factory Orders both falling, while in the U.K. the BRC retail sales monitor showed strength in the face of the relentless Brexit mess. On the continent, the European-wide Services PMI exceeded expectations. Holidays in Asia meant that many data points there were limited. Still, Japan reported that month-over-month household spending climbed more than anticipated, a positive for investors, even as concerns over a slowdown in China and the up and down China-U.S. trade talks continued to dominate news out of the region.

In U.S. markets, the Utilities and Technology sectors led the pack, with investors pushing Treasury prices up and yields down. Tech stocks benefited from reports that the semiconductor cycle may be nearing a bottom. Energy and Materials were pressured by the drop in crude prices and the ongoing concern over global growth, as well as analyst downgrades.

Slowdown fears continued to play out in Europe, with the European commission predicting declining growth both this year and next. Cyclicals were again weak, as Autos were hit by the now familiar trade talk worries. Healthcare outperformed, as did Technology. Emerging markets, which had been a bright spot, gave back some gains. India was an exception, with the markets there turning positive following an unexpected cut in interest rates by the central bank.

On the credit side, high yield bonds continued to recover lost ground. Emerging markets sovereign debt saw losses as local market currencies declined versus the dollar, while emerging markets corporates were up for the week. Things were, in a word, mixed.

Global stocks retreated modestly on the week, losing ground for the first time in 2019. This was not unexpected as some consolidation was needed following a strong start to the year.