You are at:Home»ETF Strategist Channel»Financials Shine as Bond Prices Fall 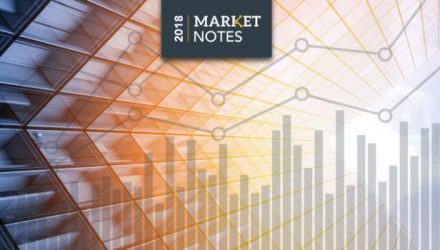 Economic data out of the U.S. last week was upbeat: Housing starts, retail sales and industrial production all came in ahead of expectations. One disappointment was initial jobless claims, which were higher than anticipated.

First-quarter earnings season got underway last week, creating significant separation between various sectors of the U.S. equity market based on reported financial results. While stocks were generally flat overall, the energy and consumer discretionary sectors posted strong gains. In contrast, consumer staples and technology were down for the week.

We continue to emphasize global equities, despite some headline risk. However, we shifted portfolio allocations toward developed international markets and away from emerging markets. Likewise, we rotated away from U.S. large-cap stocks and into U.S. small-caps.